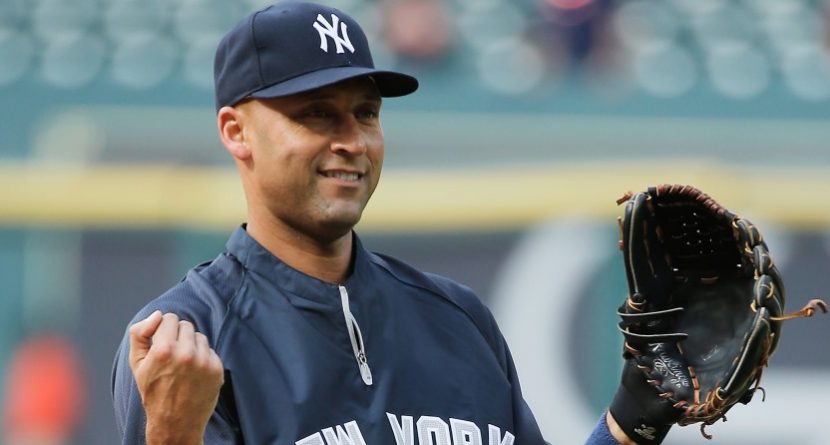 The Derek Jeter retirement tour is officially underway, and it didn’t take long for someone to make the “retirement = golf” connection. The Yankees shortstop made his final appearance in Houston on Wednesday night, and was given some parting gifts: a pair of pinstriped Lucchese boots with the number “2,” a 10-gallon Stetson hat, and a set of golf clubs.

Jeter is known to enjoy the game of golf, and the 11th annual Derek Jeter Celebrity Golf Classic took place this past January in Tampa. But he hasn’t excelled at the game. That will soon be a possibility, and he’s likely to hit up the links with former teammates Roger Clemens, Andy Pettitte and Mike Stanton, who live in the Houston area and were on hand to present Jeter with his gifts. And with the PGA Tour’s Shell Houston Open going on this week, pro golfers Mark O’Meara, Johnson Wagner and Lucas Glover made appearances as well.

As great as that look would be, Jeter, might we recommend some golf shoes for traction? In fact, your Jordan brand recently ventured into the golf world. Surely it’ll have a pair waiting for you.