Golf In ‘Grand Theft Auto V’ Is Hazardous To Your Health 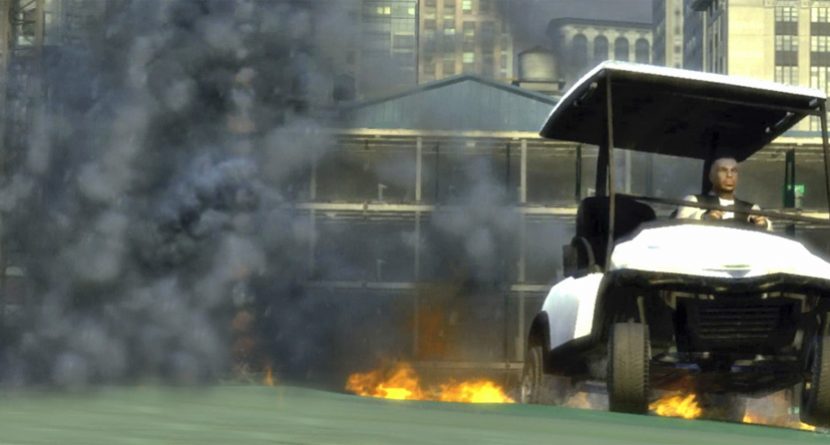 “Grand Theft Auto V” broke all sorts of records when it was released in 2013, and according to Guinness World Records, was the “fastest entertainment property to gross $1 billion.” Put simply, it was the best selling piece of entertainment ever, and now it’s back for more.

The game was re-released on next-gen systems this week, making all of those car chases, explosive acts of mayhem, and rounds of golf look even better — and in first-person, too.

So let’s just say you picked up a copy of the game on PlayStation 4 or Xbox One and have some extra time on your hands. Let’s also say you enjoy playing the golf course mini-game in addition to having a mild masochistic side.

There is so much win in that video, I don’t even know where to begin.

First of all, anyone who has ever played a round of golf has fantasized about hitting a golf shot into the gut of their opponent (OK, maybe not everybody, but I certainly have and am not ashamed to admit it). Secondly, peeling out in a golf cart just because it’s something you can do is amazing. Finally, jumping a broken cart path bridge – and landing perfectly – is definitely something I need to try right effing now.

But if that video wasn’t enough to satisfy your violent golf-viewing needs, this one should do the trick … just be sure not to show up to the course wearing a pink dress.

The cops will be called.