Golf Loses A Pioneer: Charlie Sifford Passes Away At 92 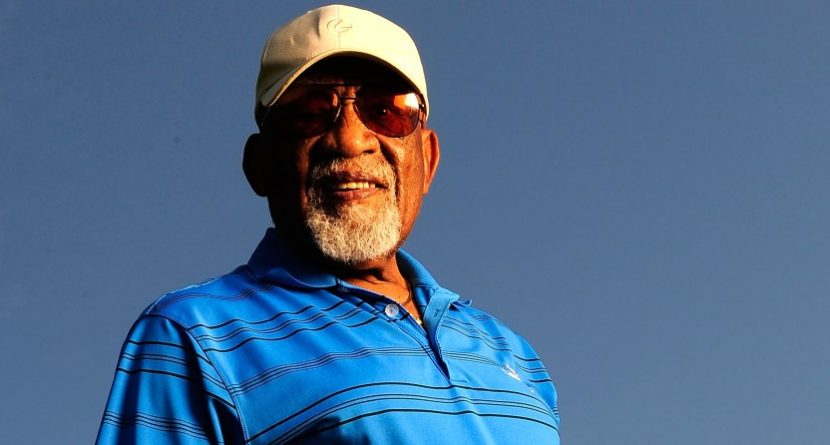 The golf world lost one of it’s greatest treasures Tuesday when Charlie Sifford passed away. He was 92.

Sifford broke golf’s color barrier in 1961, earning his PGA Tour card after the tour desegregated. Because of this, he was considered golf’s Jackie Robinson. Just two months ago, Sifford became the third golfer — along with Jack Nicklaus and Arnold Palmer — to be awarded the Presidential Medal of Freedom.

Sifford won two times in his PGA Tour career — taking victory at the 1967 Greater Hartford Open and the 1969 Los Angeles Open — and became the first African American golfer to be inducted into the World Golf Hall of Fame in 2001.

In November, Back9Network had the chance to sit down with Sifford after receiving the Presidential Medal of Freedom to talk about life, legacy and his impact on the game of golf: