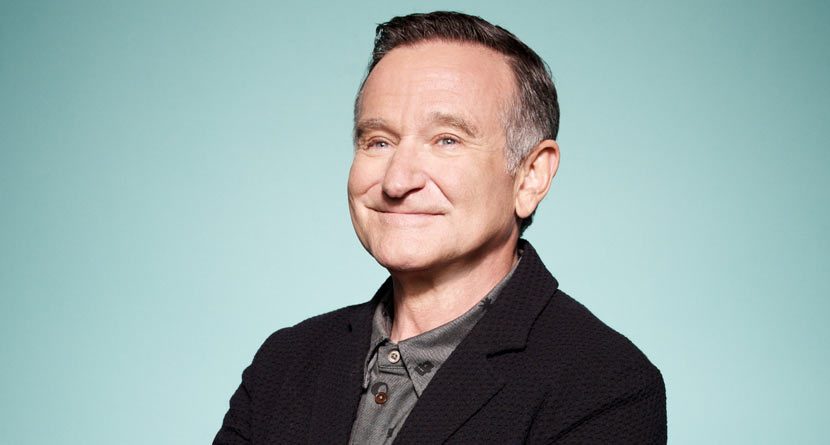 When life’s biggest or most shocking moments occur, people often remember where they were. August 11, 2014, was one of those days. The world lost a legend on Monday when actor/comedian/genius Robin Williams passed away. He was 63.

From the moment he burst onto the scene in 1978 on TV’s “Mork and Mindy” show, until his untimely passing this week, Williams could move us to tears. Early on, it was through his comedy — witty, cutting and poignant on stage and in films like “The Birdcage” and “Mrs. Doubtfire.”

Williams could make us laugh until we cried — that was for sure — but he was also capable of delivering tear-jerking dramatic performances. As John Keating in “Dead Poets Society,” he inspired his students, taught us to seize the day and not to be afraid to challenge the status quo.

And who can forget his monologue from “Good Will Hunting,” the film for which he won his Oscar, where he painfully and painstakingly speaks of a love which few of us could ever imagine (caution – language NSFW):

Even us golfers have a tie to Williams, who playfully skewered the silly Scottish game we love so much (caution – language NSFW):

Williams’ work touched the lives of so many. Few were immune to the news of his passing, which hit harder than any of his legendary performances. Like everyone else, the golf world mourned on Twitter following Monday afternoon’s tragic news:

RIP Robin Williams…. He brought joy to so many people all over the world, will be fondly remembered and sadly missed.

All the glimmers is not gold. Depression is a real sickness. Prayers for Robin Williams family…

The man who made us all laugh unconditionally…..RIP ROBIN WILLIAMS pic.twitter.com/QhOhU3hQz7

RIP. Robin Williams. Oh Captain, my Captain. Carpe Diem. You will be missed.

RIP Robin Williams. What a talent.

My fav comedian of all time is longer with us. As I take off I am in a state of shock. RIP Robin Williams u were to good a man to b gone.

So sad to hear about Robin Williams. One of the best actors of all time. I could watch his movies on repeat. RIP. pic.twitter.com/RW3F5hJSqT

Sad to hear about #RobinWilliams. I was a big fan from #GoodMorningVietnam to his golf sketch. Watch it if you can #comedygold

“The man who made the whole world laugh by just saying ” good morning” is gone. RIP my friend,Peter Pan, Mrs.Doubtfire and thanks for so many laughs, tears and so much joy!!”  – @jesperparnevik

Terrible news about Robin Williams. He was such a treasure to the world for decades. What a tragedy. My heart goes out to his family.

Robin Williams,you will be missed! Your talent,comedy and wonderful personality brought joy and laughter to so many of us!RIP #robinwiliams

So many laughs every time I watch No. 99 Jack Dundee & the Taft Rockets. RIP #RobinWilliams —http://t.co/8KHPE4NOHe pic.twitter.com/6UgIJZVCU7

It is often said that those who laugh the loudest hurt the deepest. “Oh Captain, my Captain,” you will be dearly missed.