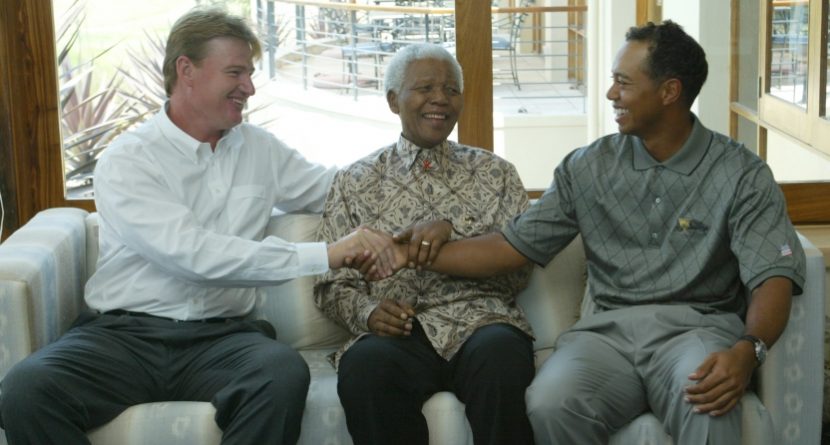 A figure as influential as Nelson Mandela leaves an impact on millions upon millions of people. The golf world is included. His passing on Thursday saddened not only Tiger Woods, but many professional golfers. Here are some of their comments from Twitter:

Pop & I felt your aura when we met, I feel it today & I will feel it forever. You have done so much for humanity…

You will always be in my heart Mr. Mandela.

Condolences to all on the passing of our beloved Father of the South African Nation, Nelson Mandela. Madiba we loved you. Rest in Peace.

“Sport has the power to change the world. To inspire, to unite people & speak to the youth in a language they understand, Nelson Mandela RIP

Nelson Mandela’s courage, forgiveness, love & hope inspired people around the world. He made me want to be a better man. RIP Tata

He was our President and the man who changed all our lives. He was an unbelievable guy, the father of our country. pic.twitter.com/XrB1lyAjgq

President Mandela was without a doubt the most special human being that I ever met http://t.co/Uzd0O21ttG

Rest in peace Nelson Maldela. Gave his life to show us how to be great men in this world. If he could do it, we all can do it.

Had made such an impact on his entire nation. #RIPNelsonMandela

Rest in peace Madiba….you were an inspiration to the world and will never be forgotten. #sadday

After a life of fighting for equality, Nelson Mandela is able to finally rest. Be at peace, you changed history.

Just heard that Nelson Mandela has passed away. Really sad news. Madiba May you rest in peace. What an inspirational man. #HugeRespect #RIP

RIP Madiba. Thanks for being such a fantastic leader and role model for us all. pic.twitter.com/oJ1MS2NG0u

My thoughts & prayers go out to Pres Nelson Mandela’s family on his passing today. One of the greatest humans I ever had privilege to meet.

RIP Nelson Mandela…. You have been an example and inspiration for all of us! Thank u!

RIP Nelson Mandela. One of the most inspiring people that ever lived. I wish I could’ve met him. But his love and passion will live forever.