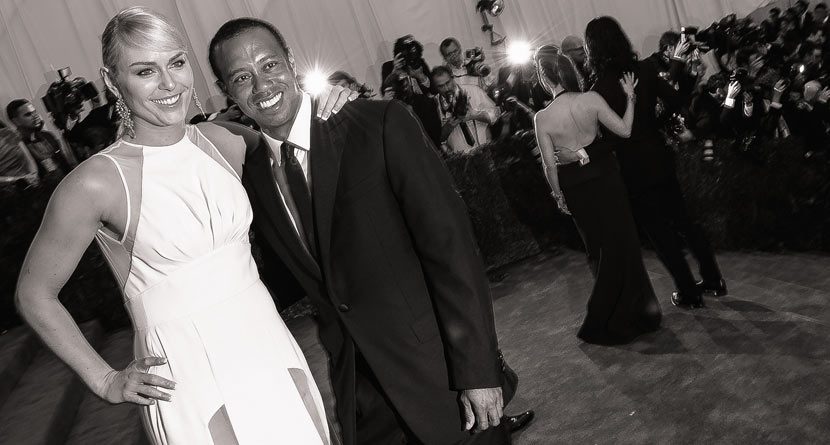 The golf clubs are in the closet staying warm, little to no golf is being watched on TV, and your New Year’s plans are beginning to formulate. The year is almost over.

Before you start making those resolutions, though, let’s take a look back and remember the highs and lows from the golf world in 2013:

13) Lydia Ko goes pro
The 16-year-old South Korean-born, New Zealand-raised Ko made the much-expected decision to become a professional in October, then collected her first pro win in just her second start. She hopes for many more once she joins the LPGA Tour in 2014.

12) Jordan Spieth takes John Deere Classic
After playing much of the season primarily on sponsor exemptions, 19-year-old Jordan Spieth booked his PGA Tour card by winning the John Deere Classic in July, making him the youngest victor on the PGA Tour since 1931. And he won via a playoff, which he wouldn’t have even been a part of had he not chipped in on the 72nd hole.

11) Tiger’s tough break at Masters
At the par-5 15th hole during the Masters’ second round, Tiger Woods’ third shot struck the flagstick and rolled off the green into some water. Tied for the lead at the time, Woods took a drop and eventually bogeyed the hole. Or so he thought. A TV viewer called in to tournament officials that evening and said the drop was illegal, and they later determined it was, thus adding two strokes to Woods’ score. He finished the tournament 5-under in a tie for fourth, two shots out of third.

10) Golf Boys release a new music video
The first Golf Boys video, released in June 2011, was fantastic. We didn’t think they could top themselves, but sure enough, Ben Crane, Bubba Watson, Rickie Fowler and Hunter Mahan did. “2.Oh” was so much better.

9) Tiger/Sergio feud
Tiger Woods and Sergio Garcia have a long history together, but it took an interesting turn when Garcia got upset as the two played together at The Players Championship. He claimed Woods caused a distraction during the third round on the second hole that forced him to slice a shot into the woods. The two exchanged some words in the media, but it all came to a not-so-funny end when Garcia joked that he would serve Woods “fried chicken” if they met for dinner.

8) Inbee Park wins third straight major
The South Korean began 2013 by claiming the first three major championships, making her the first woman to win a season’s first three majors since the legendary Babe Zaharias accomplished the feat in 1950. That also made Park the first woman to win three majors at any point in a season since Pat Bradley in 1986, and the first golfer, male or female, to do so since Tiger Woods in 2000. She didn’t contend at the season’s final two majors, but did finish the year No. 1 in the world.

7) Phil Mickelson shoots 67 after red-eye, still loses U.S. Open
The U.S. Open had always vexed Phil Mickelson, so when he chose to attend his daughter’s eighth-grade graduation on the west coast the night before teeing off at 7:11 a.m. on the east coast, few gave him a chance of winning. So he promptly went out and shot a 3-under 67 to take the 18-hole lead. He kept a share of the lead for much of the rest of the weekend, but found a way to lose the U.S. Open yet again, taking runner-up for a record sixth time.

6) Jim Furyk cards sixth 59 in PGA Tour history
After Furyk opened the BMW Championship with a 1-over-par 72, no one could have guessed he’d turn in the best round of the season the next day. But the 43-year-old was feeling it early and often in the second round, which he opened with three straight birdies and finished 12 under par. He needed to stick his 103-yard approach shot close to the final hole to have a chance at 59 – three feet, three inches from the cup was good enough.

5) Jason Dufner delivers at PGA Championship
“Dufnering” became an internet sensation in April when a photo of the slouched and thoroughly unimpressed Jason Dufner caught fire. That was what he was most famous for until he put on a shot-making clinic at Oak Hill to win the PGA Championship, his first major. The victory revved up the #Dufnering craze again, brought some fame to his gorgeous wife, and got him a spot on the Howard Stern Show.

4) Tiger Woods announces relationship with Lindsey Vonn, reclaims No. 1
Tiger Woods’ season got off to a great start with a victory in his first appearance, and he followed it up with another win three starts later. He was playing well and seemed happy with life. Then he confirmed the rumors that he was dating Olympic skier Lindsey Vonn. Later that week, he went out and collected his third title of the young season, and returned to No. 1 in the world for the first time since October 2010.

3) Henrik Stenson becomes first European to win FedExCup
Stenson’s career has been a bit up and down, so it was only fitting to watch him ride a roller coaster in the FedExCup playoffs. After three straight top-three finishes (two of which were in majors), Stenson stumbled to a T-43 at The Barclays. But he came back at the Deutsche Bank, put together four rounds of 67 or better and won his first PGA Tour event since 2009. Stenson’s struggles returned at the BMW, where he tied for 33rd and smashed a driver in the process, but he shot an opening-round 64 at the Tour Championship to take the lead and never give it up. Two wins in four playoff events gave him the FedExCup and a $10 million bonus.

2) Aussie Adam Scott secures green jacket
The first man this year to remove himself from the Best Player Without A Major list was Adam Scott, who took out Angel Cabrera on the second playoff hole of the Masters. The win marked the first time an Australian won the tournament, moved Scott up from No. 7 to No. 3 in the world rankings, and might have made him the most eligible bachelor in the world.

1) Phil Mickelson rebounds to win British Open
Phil Mickelson said his 2013 U.S. Open setback was the most “heartbreaking” of them all. His wife, Amy, said he sulked for days. Few expected him to contend at the next major, the Open Championship, which he had never won. It remained that way through the third round of that tournament, as Mickelson sat five shots back of the lead. But he caught fire on Muirfield’s back nine that Sunday, birdieing four of the last six holes to finish 3-under overall. He was the only golfer to go under par at the Open, and that gave Mickelson his first Claret Jug and fifth career major title.