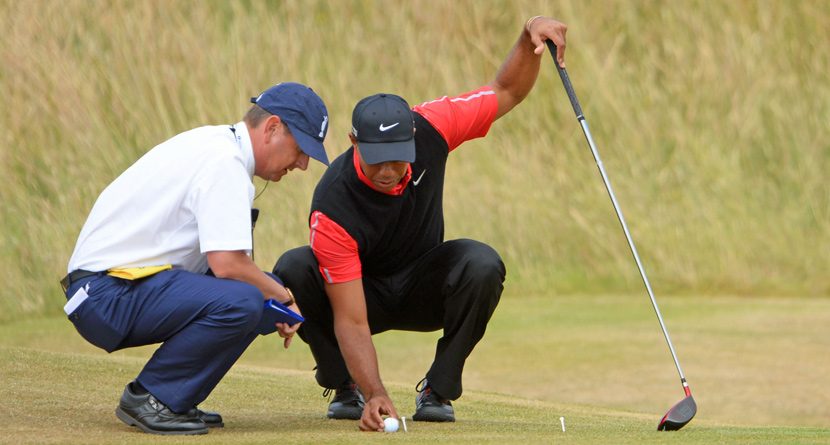 Remember that pesky little rules snafu that involved Tiger Woods and his oscillating golf ball at the 2013 BMW Championship? A new decision to the Rules of Golf may have saved Tiger a couple strokes had the situation occurred in 2014.

Related Link: The Role of Media in Golf

According to new decision 18/4, if a golf ball can be seen moving with the help of “enhanced technological evidence (e.g. HDTV, digital recording or online visual media), that ball will not be deemed to have moved if that movement was not reasonably discernible to the naked eye at the time”. While this decision completely makes sense to me (after all, if you can’t see it in “real life”, then it probably shouldn’t count against you), there is still a grey area in interpretation. Whose word are we taking when determining whether or not something was “discernible to the naked eye”? The player’s? A rules official’s? A gallery member’s?

Additional rules decisions will allow players to access weather reports via smartphone (Decision 14-3/18), a new spin on deciding when to hit a provisional (Decision 27-2a/1.5) and a clarification on when a ball is considered embedded into the ground (Decision 25-2/0.5).

All new decisions will be effective as of January 1, 2014.