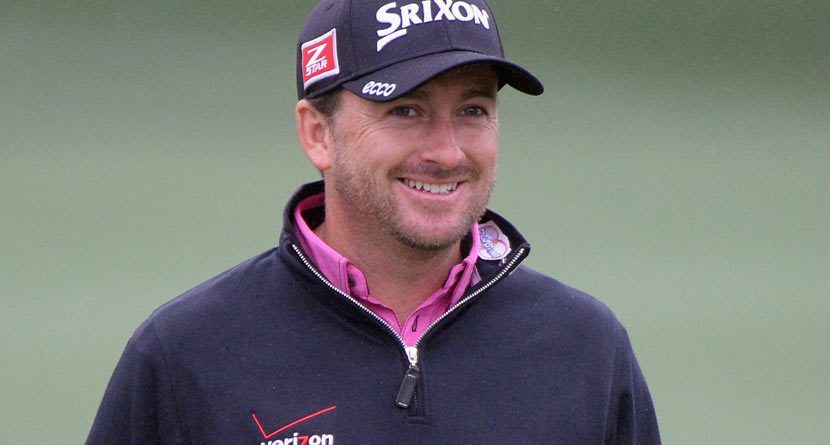 It feels like just yesterday that we were talking major championship golf, but it’s been about a month since Martin Kaymer dismantled the field at Pinehurst to claim his second major championship. His eight-shot win at the U.S. Open was one for the ages and one that few people saw coming, despite his win at the Players Championship in May.

This week, all eyes are on Royal Liverpool for the 143rd Open Championship. There are plenty of big names who come into Hoylake hot. Some are looking for their first major championship; others to solidify their place in golf history. Last time The Open was held here was in 2006. Tiger Woods went way low, finishing the week at 18-under, besting Chris DiMarco by two shots.

This time around, Woods is one of the favorites despite making only his second start since returning from back surgery. The 2013 U.S. Open champ, Justin Rose, comes in on a hot streak, having won his last two starts, and Rory McIlroy looks to shake his second-round demons and claim leg No. 3 of the career grand slam. Are you ready for more major championship golf? Let’s go!

One guy who I feel like is a no-brainer this week in Hoylake is Graeme McDowell. Being from Northern Ireland, McDowell knows how to get around links courses. He’s also a master in tough conditions on tough tracks. He won the U.S. Open at Pebble Beach in 2010, shooting 74 when everyone else was being taken to the woodshed by the brutal conditions. McDowell’s best finish in The Open came in 2012, when he finished T-5. Most people also forget that in 2006 at Royal Liverpool, he set the course record with an opening-round 66. Sure, he faded and ended up finishing in a tie for 61st. And sure, Tiger, Ernie Els and Chris DiMarco all shot 65 the next day to break it, but McDowell proved he can get around the track with ease. At 25/1, G-Mac is a great play this week.

Has anyone come closer to winning a tournament than Adam Scott has in the last two Open Championships? You can ignore neither his incredible play on the links in the past few years nor his play in all majors since his breakthrough win at the 2013 Masters. In 2012, Scott finished T-2 when he hemorrhaged away a four-shot lead with four holes to play, and last year, he made a Sunday run but fell just shy of collecting major No. 2. This year, Scott seems poised to hoist the claret jug. He’s got the best record on the links of any player in the last three years and is coming off a T-9 showing at Pinehurst. At 12/1, Scott is one of the favorites and worth a very close look this week.

Since I’ve taken two of the favorites already, it’s time to give some love to some guys deeper in the field. Mikko Ilonen has been playing some great golf as of late and could be one of those surprise winners like Ben Curtis, Todd Hamilton and Louis Oosthuizen before him. He won the Irish Open a couple weeks ago and has played well on links courses in the past. Despite making just five starts in the Open Championship since 2000, Ilonen does have one top-10 finish to his credit (T-9 in 2001). At 80/1, Ilonen is a pretty solid play at Royal Liverpool.

When you come to an Open Championship, Jason Dufner is not the name on the lips of most experts. And, honestly, it wouldn’t be on mine were he not playing at Royal Liverpool. Dufner has only played in four Open Championships, missing the cut in 2010 and 2011, finishing T-31 in 2012 and T-26 last year. Despite that, Dufner counts Royal Liverpool as one of his five favorite courses. Normally, that wouldn’t raise an eyebrow. But he won the PGA Championship last year at one of his favorite courses — Oak Hill in New York — and has fared pretty well at Pebble Beach, Augusta National and Kingston Heath — the other three courses on his list. It’s hard to imagine you’d love a place at which you struggle, so I’ve got to imagine Dufner has a good week in Hoylake. At 60/1, if you pick him, you will, too.

Stephen Gallacher is having himself a pretty solid year on the European Tour. He played his way into the WGC-Accenture Match Play and WGC-Cadillac Championship earlier this year. After years of toiling on the Euro Tour, it seems he has really found his groove in the last couple years. Despite his best finish at the Open Championship being a T-21 last year at Muirfield, he has had success on the links, winning the Dunhill Links Championship in 2004. He finished T-4 last week at the Scottish Open and T-18 two weeks ago in France. At 80/1, Gallacher is an excellent low risk-high reward pick at Royal Liverpool.

The final name I have for you this week is Paul Casey. Once one of the best young players in the game, Casey has dealt with injury in recent years, slowing his career. He snapped a two-year winless drought last year when he won the Irish Open and has played steady golf all year long in both Europe and the United States. He’s coming off a T-14 showing last week in Scotland and I have to believe he’s ready to win his major. Sure, he finished 71st at Royal Liverpool 2006, but since then he’s collected a T-7 in 2008 and a career-best T-3 in 2010. At 60/1, you don’t want to miss out should Casey hoist the claret jug this week in Hoylake.

The hardest part about picking a major championship is that there are so many guys who are tempting and, honestly, worth a couple bucks. You never want to bet more than you stand to win, but that’s easy to do this week. I’m not putting money on Rory McIlroy or Justin Rose, but I really, really want to. I think those two, Ian Poulter and Phil Mickelson would all be excellent picks even though I went with Adam Scott, Graeme McDowell and Jason Dufner.

Other than those guys, there are also the long-shot bets. More than any major, the Open Championship seems to produce shocking long shots (Ben Curtis, Louis Oosthuizen, Todd Hamilton) and rejuvenate players whose primes are way behind them. Who could forget Tom Watson in 2009 and Greg Norman in 2008? It seems like a surprising name atop the leaderboard is an annual tradition, and you’d be crazy not to throw one of two spare shekels on guys like Tom Watson (500/1), David Duval (1000/1) or John Daly (1000/1). Personally, I put $5 down on all three of these guys and I think it’d behoove you to do the same.

That does it for this week. Remember, lazy friends, thanks to the time difference, coverage starts around 4 a.m. stateside. You best set those alarms early lest you miss most of the first round due to your slumber. As always, friends and degenerate wagerers, I can only make suggestions.