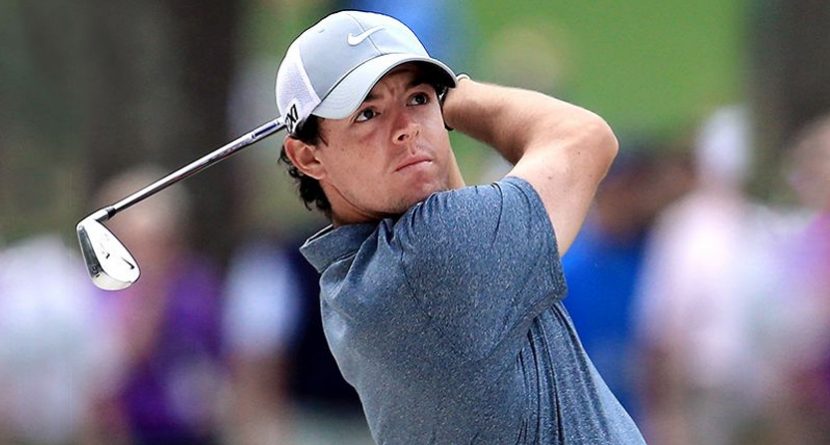 Just because the page turned from 2013 to 2014 doesn’t mean the old crystal ball has stopped working. The crystal ball isn’t restricted by time, and honestly, Golfstradamaus could tell you who’s going to win The Masters in 2030 if you really wanted to

know, but what fun would that be? Instead, I’ll keep it simple and restrict my prophesies to what’ll happen next year on Tour. Just remember, I can’t be held accountable for your bad decisions. Golfstradamaus is at your service.

2014 is the year that Rory McIlroy finally claims his green jacket. The phenom has come close, famously collapsing in 2011 and blowing a 4-shot lead on Sunday, but this is his time. McIlroy had an off year in 2013 dealing with a plethora of off-course distractions including lawsuits, new equipment and becoming tabloid fodder.

He closed out the year on an up-note, winning the Australian Open in dramatic fashion over the man who will be helping him with his jacket this coming April.  With momentum on his side and of course issues in the rear-view, Rory is a no brainer to claim at least one major in 2014.

Despite the recent rash of first time major winners, I don’t think that trend will continue in 2014. The guys who’ve been winning their first majors (Bubba Watson, Keegan Bradley and Justin Rose to name a few) are not one-hit-wonders by any means and 2014 is the year they start doubling up. The first to do so will be 2013 PGA Champion Jason Dufner.

Duf Daddy has played well in majors in the past, famously losing the PGA in 2011 to buddy Bradley in a playoff. He’s also slept on the lead multiple times in majors before breaking through this past August and now that he’s closed the deal once, he’s poised to do it again.

Okay, okay… there will be at least one first-time major champion in 2014 and that will be Miguel Angel Jimenez. Jimenez might be the best player never to win a major right now. He’s 49 years old, three years older than Jack Nicklaus was when he won the 1986 Masters becoming the oldest major champion in history.

Jimenez will take that title away from Nicklaus this year. The “world’s most interesting golfer” has proven he can still win against strong fields and was up near the top at last year’s Open Championship before fading on the weekend. 2014 is the year for The Mechanic.

With the way he played last year on Tour, winning five times including a WGC event, it’s impossible that Tiger Woods gets shut out in majors again in 2014, right? Right. Woods is clearly a favorite every time he makes a start, but especially in majors. Lately, he’s played well early in the week only to fade on Sundays but that really can’t keep happening.

Tiger is too good, he’s won too many times and is back on top of the Official World Golf Rankings where he belongs. In 2014, he finally gets back in the major win column.

With the Ryder Cup headed to overseas this fall and the Euros having retained the cup on American soil in 2012, it seems like the Europeans are poised to claim victory once again… but they won’t. There is no way Team U.S.A. allows the Europeans to go back-to-back-to-back. There’s a reason Tom Watson was chosen as U.S. Captain for 2014 and that’s because he’s a proven winner. This year the U.S. team will have some stalwarts as well as a couple of surprises and will go into the event as underdogs but they will shock the golf world the same way the Euros did at Medinah to claim the crown.

Henrik Stenson came on strong at the end of 2013 and claimed the $10 million FedExCup prize and to be honest, it was a bit of a surprise. Not even old Golfstradamaus had Henrik winning it all last year so you know it was a shock. This year, the FedExCup will go to Rory McIlroy. Despite the down year in 2013, McIlroy will win at least one major title in 2014 and a handful of other tournaments. I expect top-20s in every major out of McIlroy who, like Tiger, gets bigger on the biggest stage.

There you have it, 2014 in review. The Year of Rory. It really shouldn’t be a surprise to anyone that McIlroy has a huge, bounce back year. He’s too good not to.

A happy and prosperous new year to you all, friends and degenerate gamblers, and as always, go and choose wisely.