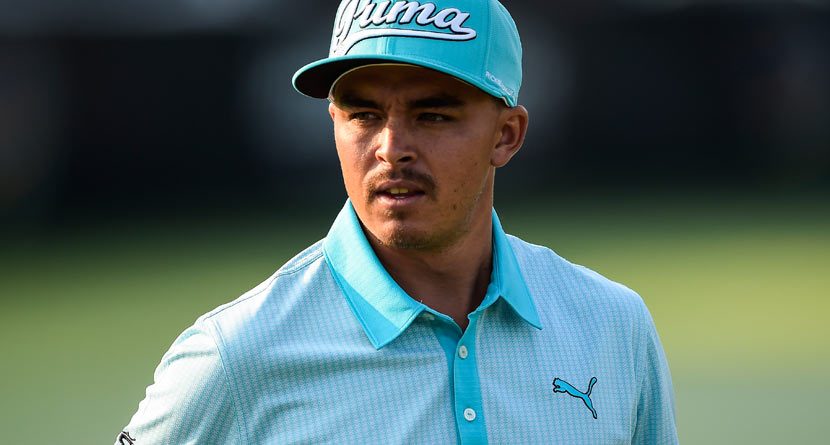 The PGA Tour is in Kentucky this week for the 96th playing of the PGA Championship. This year’s tournament will be the first at Valhalla Golf Club since Tiger Woods defeated Bob May in an epic playoff for the ages. This time around, there are more questions than answers with Woods, but that doesn’t mean this week won’t be special for someone.

Like Rory McIlroy, Golfstradamaus is rolling into Valhalla off a victory and is looking to stay “lucky in Kentucky.” I’ve got a feeling this week will be more of the same with familiar faces atop the leaderboard all week. I’m not expecting any Bob Mays to pop up this week and make a run at Rory or Sergio. One thing I am expecting? Another win … and you could be, too — if you listen up.

OK, let’s just get this one out of the way: I’m taking Rory McIlroy this week because, until he doesn’t win, he has to be the favorite to do so. Last week at the Bridgestone Invitational, McIlroy got me back in the winner’s circle and, if he keeps playing like he has, it seems the only two guys who might have anything for him are Sergio Garcia and Rickie Fowler. At 5/1, McIlroy is the favorite he deserves to be. He’s also a bet that I don’t mind going all in on. All you need to do is look at his stats since winning the BMW PGA Championship to know there’s a reason he’s the No. 1 ranked player in the world. I apologize for putting this so bluntly, but a bet against McIlroy this week is wildly foolish and the work of only the truly idiotic.

Moving on to the guys who will (probably finish second to McIlroy, but …) also have great weeks in Valhalla, the “best of the rest” has got to be Sergio Garcia. If you believe in karma, you’ve got to think it’s Garcia’s week. Not only has he been runner-up to McIlroy in his last two starts, he’s also showed the grace in defeat we’re not used to seeing from the Spaniard. Despite his own doubts, Garcia has long possessed the ability to be a major champion and this could just be the week the universe hands him his major title. As long as he doesn’t have a meltdown on the course, Garcia would be a popular PGA Champion. At 15/1, he offers a pretty solid return for a guy as hot as he has been.

I suppose if I’m going to pick McIlroy and Garcia, I need to take Rickie Fowler, too. Despite being shut out of the winner’s circle this year, Fowler has had a career year. He’s on the verge of joining some seriously elite company should he finish fifth or better this week at Valhalla and, based on his recent performance, that seems like a lock. If you’re going to pass on 20/1 odds for a guy who’s finished T-5, T-2 and T-2 in the season’s first three majors, then you just don’t like money. The fourth guy I’m going with this week is Jordan Spieth. Sure, Spieth hasn’t continued the torrid pace on which he began the year, but he’s still pretty damn good and will be looking for his first major title this week at Valhalla. The way I see it, if you can contend at the Players Championship and almost win the Masters, then you’ve got the pedigree to win a PGA Championship. How’s this for a potential random link: When Rory McIlroy won the U.S. Open in 2011, it was the second win of his PGA Tour career — one year and a month removed from his first win at Quail Hollow. A Spieth victory at Valhalla would come a year and a month since his first win on tour at last year’s John Deere Classic. Look, it may sound random, but as a fan of The Police, I do believe in things like Synchronicity. Perhaps this prodigy follows a similar path to his first major title. At 30/1, you’d be hard-pressed to find Spieth paying that much again this year.

I’ve picked him a lot this year but that’s only because I believe in him. After throwing up a stinker in his first Masters appearance, Victor Dubuisson finished T-28 at Pinehurst and T-9 at Royal Liverpool. It seems like the Frenchman has gotten used to the big stage. Ever since his runner-up at the WGC-Accenture Match Play Championship in February, Dubuisson has been a household name, proving he can go toe-to-toe with the game’s best. You’ve got to figure the first major victory for a guy many believe can do for golf in France what Seve Ballesteros did for the game in Spain will be quite well-received. At 80/1, you’ll look like a genius when I’m right.

As with any major, there are always a few guys who don’t really stand a chance but are fun to throw a couple shekels on simply because there’s the wildly remote possibility that everyone else withdraws due to illness or the apocalypse, and these dark horses get the opportunity to shine. Those guys this week are Colin Montgomerie (500/1), Chesson Hadley (300/1), Brooks Koepka (200/1), Billy Horschel (150/1) and hometown-hero Kenny Perry (250/1).

That’s all for this week, kids. Best of luck to you this week — we all know the tour pros aren’t the only ones looking to hit it big during glory’s last shot for the 2014 season. Until next time, go and choose wisely.