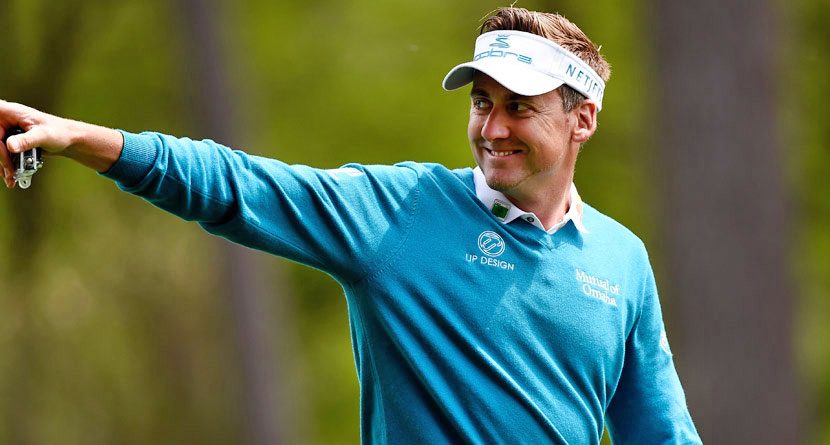 With the Open Championship just more than a week away, the best players in the world are making their final preparations to make a run at the claret jug. This week, the PGA Tour is at TPC Deere Run in Illinois for the John Deere Classic and the European Tour is in Scotland for the Scottish Open.

Like all the tour stars bound for Royal Liverpool, as well as those still vying for one of the remaining spots in the Open field, this is a tune-up week for Golfstradamaus as well. And because of that, I’ll be picking both tournaments. Which is good for you and your wallet.

The first name I’m taking this week at the John Deere Classic is probably the most obvious. If Steve Stricker doesn’t actually own TPC Deere Run, then I don’t know who does. Since 2009, Stricker has three wins, a T-5 and a T-10 here. Even during his limited-schedule years, he’s found the time to make it out to this tournament. While he’s struggled as of late, I think a trip to his favorite course could be just what the doctor ordered. At 10/1, the payday isn’t huge but the math is easy.

Name No. 2 is Bud Cauley. Before Jordan Spieth, Cauley was the next big thing. He struggled early this year but has turned it on and played some great golf as of late. Cauley is fresh off a T-4 at the Greenbrier and has collected four top-25 finishes in his last eight starts. At 60/1 this week, he could make you very happy should he match Spieth’s accomplishment last year and claim his first PGA Tour victory.

I’ve asked this question many times before and I’ll ask it once again: Is this the week Kevin Na finally breaks through? I think so, and if it is, you’ll be handsomely rewarded. Na has played some really good golf lately and it seems like he’s in contention every week. He almost won the Memorial, made a run at the U.S. Open and has finished in the top 10 in 25 percent of his starts in 2014. At 30/1, Na is a great pick at the John Deere. The last name I have for you is also a guy looking for his first career win. Chris Stroud has played some great golf this year and is fresh off his third top-four finish of the year at the Greenbrier Classic. In keeping with the trend of first-time winners this year, I think Stroud could get it done at TPC Deere Run. He seems a little streaky and is playing with a lot of confidence right now. At 30/1, he’ll have a good week — and so will you if you pick him.

I’m not going to lie, I don’t want to take Rory McIlroy this week, but I have to. Everyone ought to know by now that I love the boy wonder and pick him almost every week. He did win last time I picked him and I know he’s ready to do it again. He’s been practicing at Royal Country Down and hanging out around the links for a couple weeks now. He’s so at home on these courses that you’d be an absolute fool not to take him this week. Sure, he’s only getting 12/1 money, but that’s because it’s a virtual certainty he wins this week.

Ross Fisher has played some really good golf in 2014, rejuvenating a career that has been in a downward trend for the last couple years. His track record on links-style courses is pretty good. Despite his best finish in the Open Championship being a T-13 in 2009, he almost won the Alfred Dunhill Championship in 2008 and won the Irish Open in 2010, proving that he can get it done on these tracks. He’s already won this year, snapping a winless drought of more than three years. At 60/1, the Englishman offers an excellent return on investment this week.

I’m picking Ian Poulter based purely on the fact that I want him to win. I really want Poulter to win a major. I know that, as a journalist, I’m supposed to be totally unbiased and am supposed to cover things objectively, but Poulter deserves a major title. I think a win this week in Scotland would bode well for his chances at Royal Liverpool next week,. It would make me feel great about picking him there when I inevitably do. At 30/1, you don’t have to give a lot to get a lot with Poulter.

Finally, I want everyone to take a good, hard look at Marcel Siem. The German has been stellar this year, making every cut and posting five top-30 finishes, among those, a T-12 at the U.S. Open. I think this week is as good a time as any for him to collect European Tour victory No. 4. Siem is getting 80/1 money, too, making him an excellent low-risk/high-reward play.

There you have it, friends and degenerate wagerers. Next week is the big ticket, the one we’ve all been waiting for since the U.S. Open. Hopefully you’ll learn something this week that’ll help in handicapping the Open Championship. If not, you’d better just pray you get all your poor choices out of the way this week. Remember, I can only make suggestions.