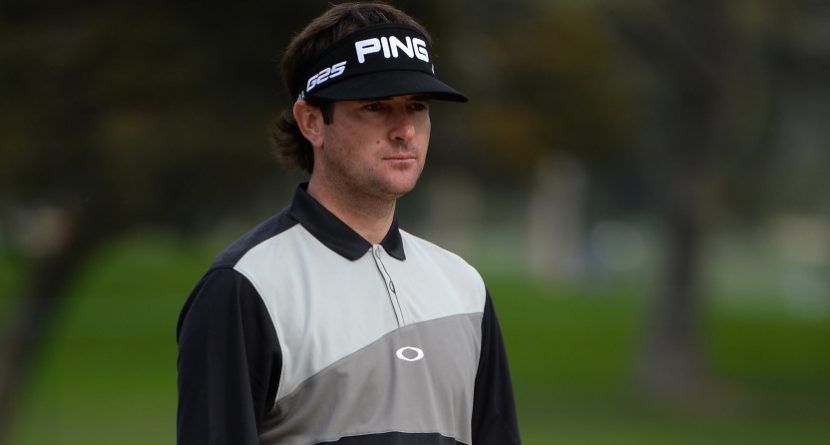 “A lot of the world’s top players won’t be making the trip to Palm Harbor, Fla., this week, instead resting for next week’s Arnold Palmer Invitational. But you know, all that means is it’s easier to pick a winner this week.” – Golfstradamaus 3/11/14

Oh well, last week was a decent “points” week, as you might say, though the highest finish of my picks was Luke Donald’s T-4 effort. All of my picks made the cut and save Kevin Streelman, all of them also placed in the top 25 and ties. Not too shabby, but I will say, I’m tired of this losing streak. Four losses in a row is a new high for me and with the big money at the Masters on the horizon, I’ll admit, I’m keeping the panic button close by.

That being said, it’s a new week and another chance to claim glory, so get your pencils ready because there’s no way I get shut out of the winner circle five straight weeks.

Bubba Watson is one of the hottest players on the planet right now and you’d be an absolute fool not to take the action on him, no matter how small the 15/1 payout may seem. With Tiger Woods pulling out due to concerns over his back, Watson has to be the favorite. Besides being a guy who plays well on the big stage, he’s collected a win and two runner-up finishes in his last three starts. Hunter Mahan has made the cut and placed inside the top 50 here each year since 2007, making him a solid choice this week at the Arnold Palmer Invitational. On top of that, he has reeled off four top-10 finishes in his last five starts, including a T-4 at the Waste Management and back-to-back T-9’s. This week, Mahan goes off at 25/1, and with Woods now out, he should be considered one of the favorites.

After missing the cut here in 2009, Ian Poulter skipped this event in 2010 then went on a roll at Bay Hill, finishing T-12, third and T-12. Poulter hasn’t played great as of late but that’s not enough to scare me away. This could very easily be the week Poults turns it around and returns to championship form. At 60/1, Poulter is a very wise choice this week at Bay Hill. I’m taking Billy Horschel this week for a couple reasons. First, though he hasn’t played great as of late, this is about the time he got hot last year. He finished 75th at Bay Hill, sure, but then went on to four consecutive top-10 finishes, three of which were top-3s and one of those was his first career win at the Zurich Classic of New Orleans. Another reason? Horschel is getting 80/1 money this week. That should be plenty to convince you to drop a couple shekels on the Florida product in Orlando.

The last name I have for you this week is Matt Every. Unfortunately, he’s made the biggest headlines for his “420” friendliness so far in his career, and that’s not fair because the guy can really play. He hasn’t collected a win on tour yet but that could all change this week. He’s got a solid track record at Arnie’s course and has played quite well as of late. I’m a big fan of momentum and Every has plenty. He may be a sleeper, but at 60/1 he’s certainly worth a look.

There you have it, kids. It’s been a tough couple of weeks, sure, but getting back up on the horse and riding is really what makes a winner… right? Despite my recent misfortune I’m confident victory is near! Clearly, you’re going to make your own decisions but please, don’t say I didn’t tell you so.