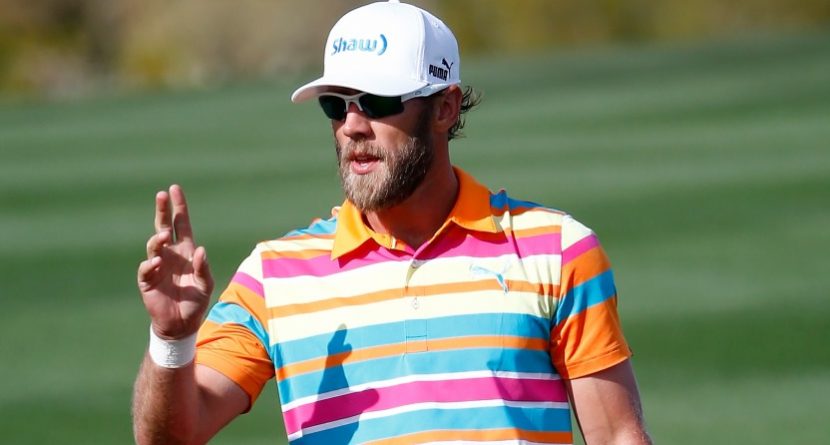 With the Open Championship in the rear-view mirror and the PGA Championship just two short weeks away, we are that much closer to the end of the summer and the beginning of the winter. That, is not something anyone is looking forward to.

No need to fret, however, as there’s still time to make some money this summer. And if you’re smart and listen to me, you could start doing that this week. The PGA Tour is in Canada for the RBC Canadian Open. Last year, Hunter Mahan should’ve won, but ended up withdrawing because his wife went into labor. That opened  the door for Brandt Snedeker to collect the sixth win of his PGA Tour career.

This year, I don’t think either of those things will happen, but you’ll have to stay tuned. If you’re ready, grab a pencil and take notes — these are your can’t-miss picks this week in Canada.

The first name this week shouldn’t come as a surprise to anyone, especially the way he’s playing right now. If there’s anyone else on tour more deserving of a win in 2014 than Jim Furyk, I haven’t seen ’em. Coming off a fourth-place showing at the Open Championship, a T-12 at the U.S. Open and a couple second-place finishes earlier in the year, Furyk is a no-brainer north of the boarder. Sure, he’s only getting 12/1 as one of the favorites this week, but that shouldn’t scare you away. There’s money to be made on Furyk this week.

Another guy who really deserves a win is Graham DeLaet. The Canadian talent has played some great golf this year though much of that hasn’t come lately. He’s missed the cut in all three majors, but does have six top-10 finishes and two runner-ups in 2014. He hasn’t had much success in this tournament, but he is back home in Canada and you know what they say about there being no place like home. At 20/1, DeLaet offers a handsome reward for someone looking to cash in on a hometown hero this week.

Another player looking for his first career win on tour is Russell Knox. The Scotsman has played some really good golf this year and despite doing nothing to really speak of in the last couple of weeks, he’s still one of the seven to 10 best players on tour without a win. Not that I should admit to this, but I honestly have no real reason to make this pick other than that his name jumped out at me this week. It seems like every time a name pops out and I don’t pick that guy, he has great success. This week, Knox was that name and I won’t be made a fool again. At 60/1, this could be a very lucrative hunch.

Name No. 4 in Quebec this week is a guy who’s already won this year and is looking to stay hot. Ben Crane had been shut out of the winner’s circle for almost three years when he won the FedEx St. Jude Classic earlier this year. He made the trek to Royal Liverpool last week, only to be turned away as first alternate. With a week to rejuvenate, I think Crane comes to the RBC Canadian Open with a great opportunity to pick up his second win of the season. At 60/1, he’s a bit of a long shot but one that could reward you handsomely for your bold choice.

The final name this week is the guy who most deserves to win this tournament. Sure, Hunter Mahan hasn’t played well this year, but he’s returning to a place that owes him big time — if you believe that kind of stuff. As I mentioned earlier, Mahan basically handed Brandt Snedeker the trophy here last year when he left to be with his wife while she was giving birth. This year, you’ve got to figure the universe pays up and makes sure Mahan ends up holding the trophy at the end of the week. At 25/1, you’d be hard-pressed to get Mahan at this money many other places. There you have it, kids. Once again, I can only make suggestions. Make the picks you feel you must, but don’t say I didn’t tell you so. Until next time, friends and degenerate wagerers …