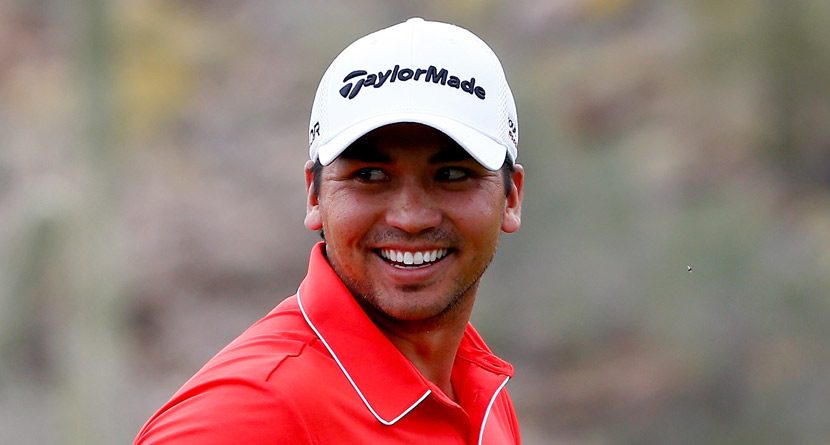 While the Masters may be the most difficult tournament to win, it’s arguably the easiest one all year to handicap. Granted, for Golfstradamaus, every tournament is a cakewalk. This week’s picks all but come with a money-back guarantee.

Now, how can I say that the Masters is the easiest tournament to handicap? Well, that’s simple. First of all, it’s a small field. Anything less than 100 players ought to be easy money if there are even a few of the world’s top players in the field. The Masters has all of them.

Second, no one older than 46 has ever won the Masters. Jack Nicklaus set the record with his win in 1986 and no one has really come that close since. This year, there are 12 players over the age of 50 in a field of 97. If you eliminate the 50-somethings from contention, you’re left with 85 players to handicap.

The next cut-down are the amateurs. Since no amateur has ever won the Masters, you can eliminate Oliver Goss, Garrick Porteous, Matthew Fitzpatrick, Michael McCoy, Chang-woo Lee and Jordan Niebrugge from contention this year. That now leaves 79 players who can win the Masters.

OK, how about Masters rookies? Sure, there are some really, really good players making their first trip to Augusta this spring, but only once since 1936 has a player donned the green jacket in their first attempt (Fuzzy Zoeller in 1979). That means it’s (likely) wait til next year for guys like Patrick Reed, Jimmy Walker, Jordan Spieth, Derek Ernst and Billy Horschel. If you believe the trend, you can eliminate the 24 first-time invitees and leave yourself with a scant 56 players to handicap.

Digging a little deeper, since 1991, only three players have won multiple Masters. Those guys are Phil Mickelson, Tiger Woods and Jose Maria Olazabal. So with that, you can eliminate guys like Trevor Immelman, Bubba Watson, Adam Scott, Charl Schwartzel, Mike Weir and Vijay Singh. After this cut down, you’re left with 49 names.

After that, there’s plenty you can look into on the numbers side to make your picks. This week, I’ve gone against the trends and history (a little bit) to bring you my mortal locks for the Masters. Before I get to the pick, here are the odds:

My first pick this week in Augusta is Matt Kuchar. It’s really hard to ignore Kuchar this week in Augusta as he comes off yet another stellar performance. He’s as consistent as anyone on tour and has fared well in the Masters before. In 1998, he was the low amateur and in 2012, he finished T-3. If not for a couple lackluster Sunday rounds, Kuchar might have multiple wins this year. At 12/1, the secret is out but he’s still worth a big bet this week in Augusta.

Saying things like, “You’d be an absolute fool not to take blah blah” in the past have come back to bite me in the rear (*cough* Bubba Watson’s allergies *cough*). But this week, I think you have to think that way about Jason Day. The Australian is only 26 years old but he has already collected three runner-up finishes in majors, including at Augusta. In three career starts in the Masters, Day has two top-three finishes and a withdrawal. Day is only getting 12/1 this week, but that’s still a solid return on investment for a guy who gets around Augusta as well as he does.

While it goes against the trend, I’m going to tell you to take a look at Fred Couples this week. Sure, he’s part of the over-50 club and hasn’t won on the PGA Tour since the Shell Houston Open in 2003, but “Boom Boom” always plays well at Augusta. Having seen Tom Watson, north of 60 years old, have a putt to win the Open Championship outright, I’m convinced that someday soon a 50-something will shock us all. He’s going off at 100/1, so you don’t want to be left out if Couples bucks the trend this week.

With that streak in mind, I’m going to take Patrick Reed. Yes, I know I said Masters rookies don’t win but eventually someone is going to rewrite history. Most Masters rookies don’t come into their first start with three career PGA Tour wins like Reed. A self-proclaimed “top-five player,” Reed also hails from Augusta. He certainly can back up the talk. And if he does this week you’ll be glad you took the action on him.

The final name I have for you is Adam Scott. I know, I know. I’m going against history here, too, but no returning Masters champ (Tiger Woods in 2002 notwithstanding) has been as hot as Scott since Nick Faldo came back to Augusta and defended his title in 1990. Scott is obviously one of the favorites but that doesn’t mean a low return should scare you away. Few players get around Augusta better than this Aussie does. And the Masters has a habit of producing multiple champions who never win one of the other three majors. Scott could be one of those guys, and at 10/1, you can almost feel safe (though I’d seriously advise against it) putting an entire mortgage payment on it.

There you have it, kids: Your can’t-miss, don’t-second-guess, winner-winner-chicken-dinner picks for the Masters. Don’t say I didn’t tell you so.

From Augusta with Love,