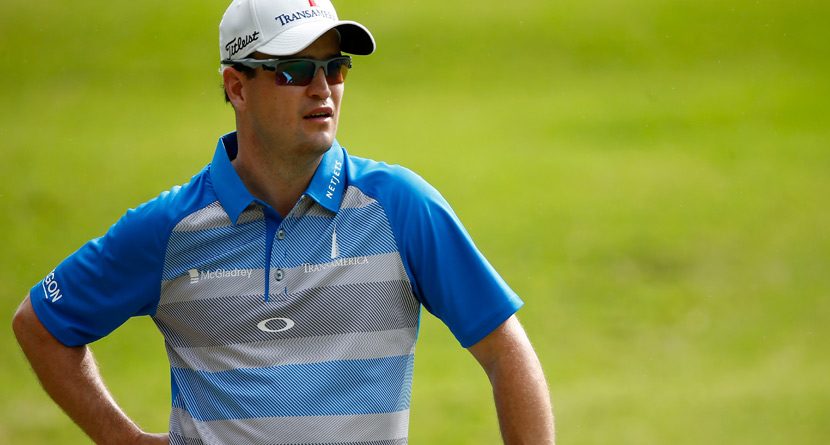 “The last name I have for you this week is Matt Every. […] He hasn’t collected a win on tour yet but that could all change this week.” – Golfstradamaus, 3/19/14

Well, you know what they say, don’t you? When you’re good, you’re good.

No sense in my beating my chest telling you things you already know. So I’ll move on to giving you

guys the skinny on this week’s Valero Texas Open at TPC San Antonio. There are a couple of big names in the field in Texas, but nothing like last week’s Arnold Palmer Invitational. That means there are a few guys with great opportunities to collect their first career wins or their first win in a while. It also marks the last chance for some to punch their ticket to Augusta. Get your pencils ready, children. Here are your locks for this week.

The first guy I’m taking this week at the Valero is a two-time winner of the event and a two-time winner for Golfstradamaus, Zach Johnson. With the Masters on the horizon, I expect Johnson to round into form this week. He has played some great golf since December and is a guy who should be on everyone’s radar this week. He’s getting 15/1 odds right now, so clearly, I’m not the only one expecting a big week out of Johnson. He has finished mid-pack in his last few starts but that’s not enough to keep me from betting heavy on him this week.

Jimmy Walker, along with Patrick “Top-5” Reed, has obviously been the class of the PGA Tour this year, winning three times over eight starts to kick off the 2013-14 season. Since then, Walker has cooled off a bit, finishing T-20, T-17 and T-25 in his last three starts. Mmm, he’s really cooled off. That being said, I don’t think he’s done winning this year and victory No. 4 could come this week in San Antonio. Despite a rough last couple of starts in this event, Walker did finish T-3 here in 2010. The secret is obviously out on Walker at 18/1, but still, I’d never recommend you shy away from a proven winner.

After missing five straight cuts early in the year, Chesson Hadley has played some really solid golf and even picked up his first career PGA Tour win at the Puerto Rico Ope since then. While it is a win, it didn’t qualify him for the Masters, which he’d clearly like to do. In five of his last six starts, Hadley has finished T-26 or better and I expect that trend to continue this week in Texas. It’s not uncommon for someone to pick up multiple wins within weeks of each other (Patrick Reed, Jimmy Walker) and at 40/1, you’d be handsomely rewarded if he did.

Name No. 4 at the Valero is Justin Leonard. He is a three-time winner of this event and absolutely loves this track. I find that it is incredibly hard to ignore a guy at a place he’s played notoriously well over the course of his career, even if he hasn’t played great as of late. That is definitely the case with Leonard this week. The 1997 Open Championship winner hasn’t won since 2008, but returning to arguably his favorite tournament could mean putting an end to that streak. Leonard is getting 80/1 this week in Texas, a steal for a guy who could play TPC San Antonio under par in his sleep.

Finally this week, I want you all to take a good, hard look at 2008 Masters champion Trevor Immelman. After losing his status on the PGA Tour at the end of last year, Immelman won a Web.com Tour playoff event to re-earn his card. Since then, he’s had a roller coaster-type season. He’s got four finishes of T-26 or better, including two top-1o finishes to go along with five missed cuts this season. That being said, he’s made three straight cuts and is coming off a T-26 showing at the Arnold Palmer Invitational. Immelman goes off at 125/1 this week and, while everyone already knows I’m a genius, picking him at my behest could make you look like one, too. There really isn’t much to say here. No man alive can pay the rent on 4/9 and it’s clear that the Europeans are going to take this. Not to knock the Asian squad, which has some pretty solid players, but the Europeans are match-play vets with all their Ryder Cup experience. European captain Miguel Angel Jimenez is one of the greatest Ryder Cuppers in European history and it’s a dead certainty that he will guide them to a dominating victory this week in the inaugural EurAsia Cup.

There you have it, kids, your mortal locks for the Valero Texas Open and EurAsia Cup. When you start to second-guess me, ask yourself, “Am I batting .333 with my picks this year?” I didn’t think so. Cheers!