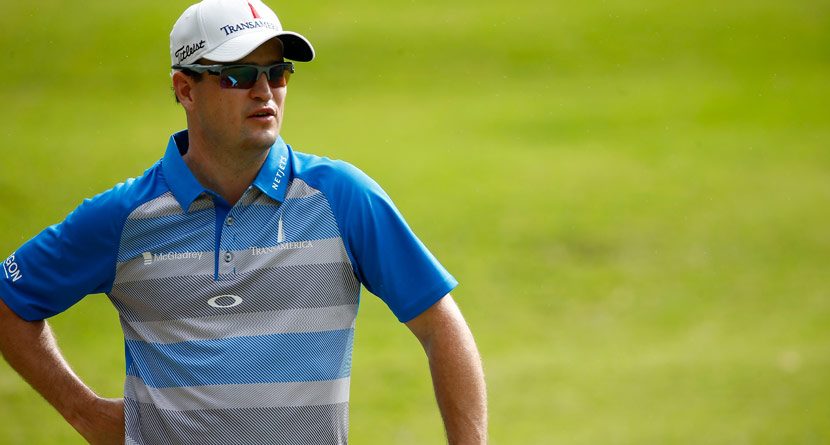 Sueng-Yul Noh came out of nowhere and surprised even the once-thought un-surprisable Golfstradamaus by picking up his first career PGA Tour win. Good for him.

This week, however, I shall not succumb to flukes or Sunday collapses (*cough* Matt Kuchar *cough*). It’s time for a triumphant return to glory for me and another free ride on my coattails for all of those similarly afflicted by the wagering gene.

This week, the PGA Tour is in Charlotte for the Wells Fargo Championship. This tournament has a history of producing champions with a winning pedigrees or first-time winners that have gone on to greatness… and Derek Ernst, who joined the likes Rory McIlroy, Rickie Fowler and Anthony Kim as players who picked up their first career wins on the PGA Tour at the Wells Fargo. This week, it’s hard to tell whether the trend of first-time winners will continue or if Quail Hollow will produce another proven winner as its champion. With that in mind, here are your picks for this week:

The last time we saw Jonas Blixt he was almost winning the Masters. He’s played well this year in marquee events and has struggled in some of the lower-profile ones, so I think on a major championship-caliber course like Quail Hollow, Blixt deserves a look. He finished T-9 here in 2012 and definitely has the tools to pick up career win No. 3 in Charlotte this week. At 50/1, you’ll be glad you paid attention.

Zach Johnson has had a mixed bag of results at Quail Hollow in the past, finishing T-6 here in 2011, T-69 in 2012 (sandwiched between a run of T-2, solo second and a win that year) and last year, T-65. The course is on the longer side, which might scare some people away from him this week, but not me. My thought is, if you can win at Augusta, you can win anywhere. At 30/1, there’s good money to be made picking this proven winner.

No one will call you a “genius” this week if you take Rory McIlroy, but you’ll probably end up pretty happy. McIlroy did miss the cut here in 2011, but he picked up his first win on the PGA Tour here in 2010 and hasn’t finished worse than T-10 since that MC in 2011. He’s installed as the favorite and is only getting 8/1 money, but that’s OK. You have to admit, it’s hard to imagine McIlroy not being in the hunt here on Sunday.

A bomber to look at this week in Charlotte is Gary Woodland. He doesn’t have a ton of experience at Quail Hollow, but he has played exceptionally well this year. Since his MC at the Frys.com Open (you know, in October 2013), Woodland has finished no worse than T-38 in 10 consecutive events. At 50/1, Woodland could make you very happy this week.

I know this is dangerous considering his roller coaster 2014, but I think Ben Martin has a shot at collecting PGA Tour win No. 1 this week. He’s missed nine cuts this year to go along with four top-25 finishes and a pair of third-place showings. He finished T-3 at the RBC Heritage and T-15 last week at the Zurich Classic, so he’s in an upswing. When a guy is as streaky as Martin seems to be, you’ve got to ride him while he’s hot. At 80/1, he isn’t worth putting huge money on but if you’re willing lose, say, $50, you could walk away with four G’s if Martin wins.

That’s all for this week, friends and degenerate gamblers. May lady luck smile on you, blah blah blah, so on and so forth. Just make sure you’re not kicking yourself on Sunday for not listening me on Tuesday.

Other Hot Links:
– Belen Mozo Has Miguel Angel Jimenez’s Stretching Routine Down
– Golfing On Airplanes Is Really Taking Off
– 9 Best ‘That’s So John Daly’ Moments
– Graham DeLaet Challenges Fans To Juggle Like Him
– 5 Things You Need to Know About Lydia Ko