He Got Game: Ray Allen Shoots 74 At Augusta National 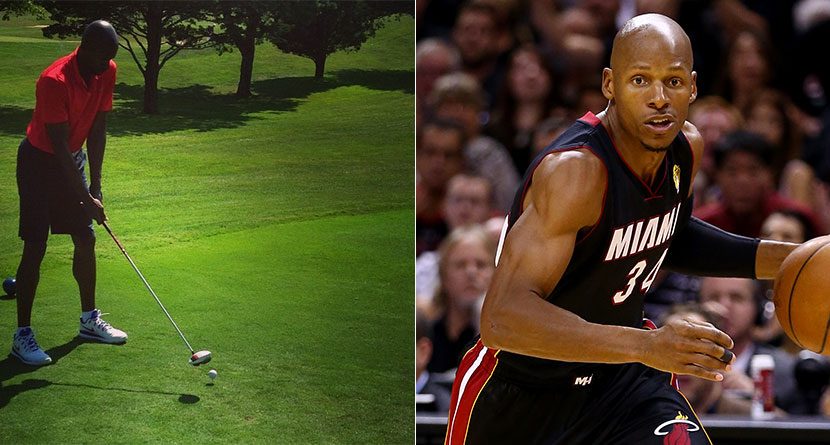 Ray Allen is widely considered one of the best shooters of all time and has made more 3-pointers than anyone in NBA history. It’s a record that will probably never be broken and with his two NBA titles, Allen is likely headed to the Hall of Fame.

When he’s not on the court draining 3’s, though, he’s out on the course sinking putts. Back in August, Allen hit the links with President Barack Obama and Executive Producer and Host Ahmad Rashad at Farm Neck Golf Club, a group any golfer would love to be a part of. On Saturday, Allen was out on the course again — this time at a course with a little more notoriety: Augusta National Golf Club.

Safe to say, we’re all jealous.