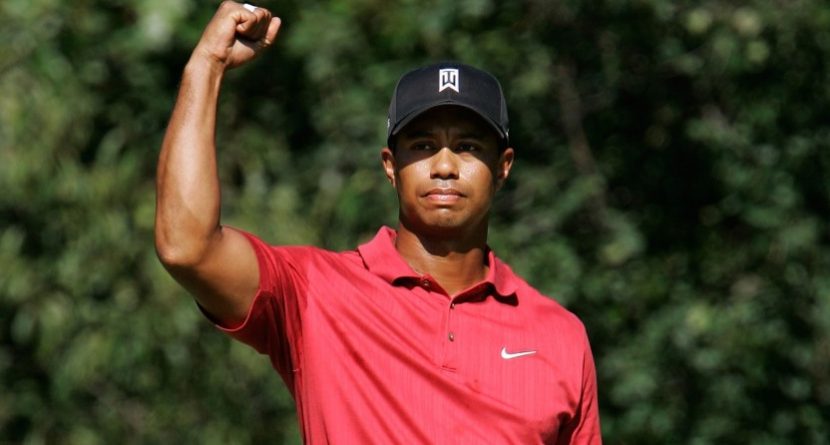 In an unexpected announcement, Tiger Woods will return to competitive golf at the Quicken Loans National, which starts Thursday.

Quick. Everybody run to Congressional.

The announcement came on Woods’ Facebook page Friday afternoon, much to the surprise of basically every golf fan on the planet. Twitter exploded shortly after, as major news outlets confirmed the news on their timelines.

Woods has been out of commission after having back surgery on March 31 to alleviate pressure on a pinched nerve in his lower back. Recent reports suggested that Woods had been taking full swings on the driving range. However Friday’s announcement proves he is in much better shape than previously assumed.

The tournament will mark Woods’ first appearance since he wrapped up the WGC-Cadillac Championship at Trump National Doral on March 9. He carded a 6-over-par 78 that day, after a 6-under 66 in the third round, to finish 25th overall. That’s his best finish of the season.

Obviously, this puts Woods in line to take part in the season’s third major, the Open Championship from July 17-20. After missing the Masters and U.S. Open, he’ll seek to snap his six-year drought without a major victory at Royal Liverpool Golf Club in Merseyside, England.

Woods sat at No. 1 in the world rankings at the time of his surgery, but has since slipped to No. 4.