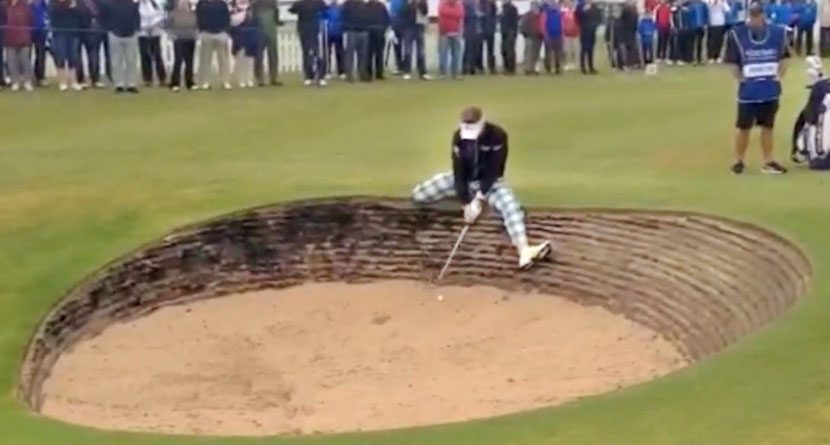 Aberdeen Golf Club – the site of this week’s 2014 Scottish Open – is a difficult golf course. Like, really difficult.

One of the reasons it is so tough is because of its hellacious bunkers spread out across the course. Players unfortunate enough to land in one of those traps often face awkward lies. Such was the case for Ian Poulter earlier this week as captured by our friends at GolfPunk Magazine.

Could that have been considered a “stance?” I’m not sure anymore. Personally, I would have gone with the “lay down in the prone position with a shovel and scoop the damn thing out” approach. That’s probably why people never want to play golf with me.

Of course, the fact that Poulter was able to get the ball out of the trap is a testament to how good he is.

Found myself in a spot of bother today in a bunker on the 18th at Royal Aberdeen. The old bunker shot off the knees. pic.twitter.com/dQZgAOCm6A

Related Link: Shot of the Year Too? Rory McIlroy Bombs It 436 Yards