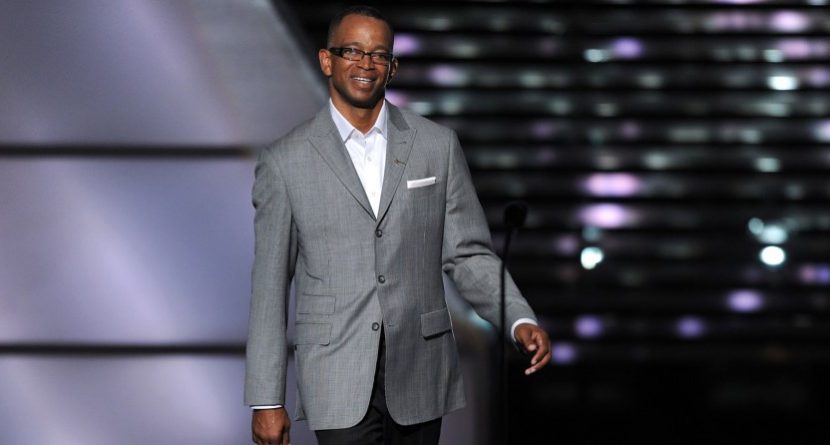 Stuart Scott is not a professional athlete. He’s almost as well-known, talks about them all the time, and actually trains like one. But he’s not a pro athlete; he’s “just” an ESPN anchor.

These days, however, he might be more inspiring than the players he covers. Scott is 48 years old and enduring his third bout with cancer – first in 2007, then 2011, and again in 2013. Yet he continues to perform as “cool as the other side of the pillow” in his ESPN gig, and diligently show up for MMA and cross-training workouts to stave off the disease.

His courageous battle led him to be the subject of a New York Times feature last month, and Scott also was recently paid a visit by Robin Roberts and “Good Morning America.” Roberts and Scott have a strong connection – she also used to work at ESPN as an anchor, and she’s a two-time cancer survivor.

Roberts’ interview with Scott will appear on Friday’s show. Here’s a behind-the-scenes look at their time together:

Stories of Scott’s resolve are not surprising to Back9Network CEO Jamie Bosworth. “Stu is the guy you want in the foxhole with you. He is one of the toughest guys I’ve ever met,” Bosworth says. Scott’s workout regimen is why the avid golfer is still able to tee it up, as he did earlier this week at Hootie and the Blowfish’s Monday After the Masters charity golf tournament:

He’s also a regular at the annual Michael Jordan Celebrity Invitational. So how’s his game? Scott told Blair O’Neal a couple years ago that despite his athletic looks, he’s a terrible golfer. But he did sink a hole-in-one last summer.

Regardless, his golfing exploits are just further proof that Scott has no intention of letting cancer keep him from maintaining his lifestyle.