Is This Ridiculous Backstop-Putt Better Than The Original? 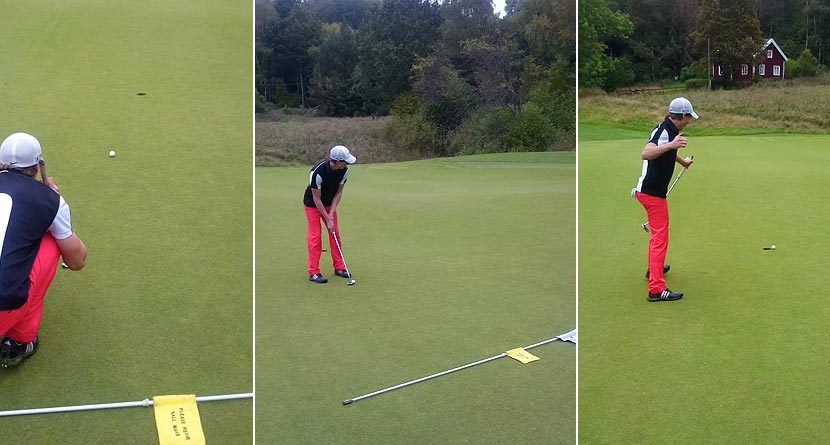 A few months ago, we brought you this incredible video of the longest 3-foot birdie putt you’d ever seen. It was ridiculous and even dubbed fake by some, but nonetheless, the putt was well-deserving of the hoopla it received.

With the world being a place of copycats and “anything you can do I can do better”-type attitudes, we were bound to see putts eerily similar. And yes, it happened.

This video dubbed “Sick Golf Putt 2014” — which it is — shows Michael Andersson sinking an absurd backstop putt in Sweden.

While this putt paired with the fist pump and grunt is spectacular, I’m gonna have to give the edge to the original backstop putt. Don’t be surprised if we see plenty more of these putts surface because once again, “anything you can do I can do better.”