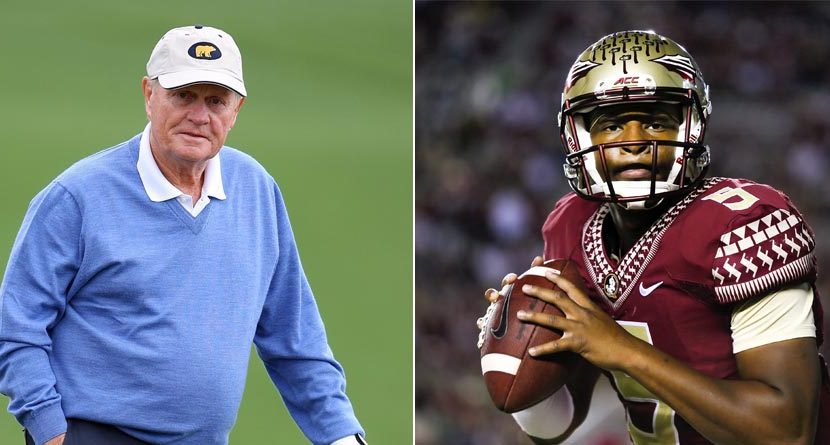 Florida State quarterback Jameis Winston has been under fire off the field lately. Although it’s not affecting his play on the field — the Seminoles have won 23 straight and have yet to lose a game with Winston under center — the criticism hasn’t stopped.

However, on the bright side, a legend has his back.

Jack Nicklaus, the grandfather of Seminoles tight end Nick O’Leary, spoke out about the autograph allegations against Winston, coming to the quarterback’s defense.

“I just hate to see them hammering a 20-year-old kid,” Nicklaus said. “Has he made mistakes? Maybe. But you’re supposed to be innocent until proven guilty, I think. Not charged and convicted and sentenced.”

It remains to be seen if Winston will be suspended, but he’s been cleared of any charges against him with regards to the 2,000 pieces of autographed items. And while that seems like a lot of memorabilia to sign, Nicklaus thinks otherwise.

“I wonder how many autographs I have out there,” Nicklaus said. “Every game I go to I sign, probably 20 or 25 (people) and four or five each. Start adding that up. And he’s a lot more available than I am. He’s not the only kid with a couple thousand out there. A bunch of those kids have to have a couple thousand.”

Related Link: 9 College Football Coaches We’d Like To Hit The Links With