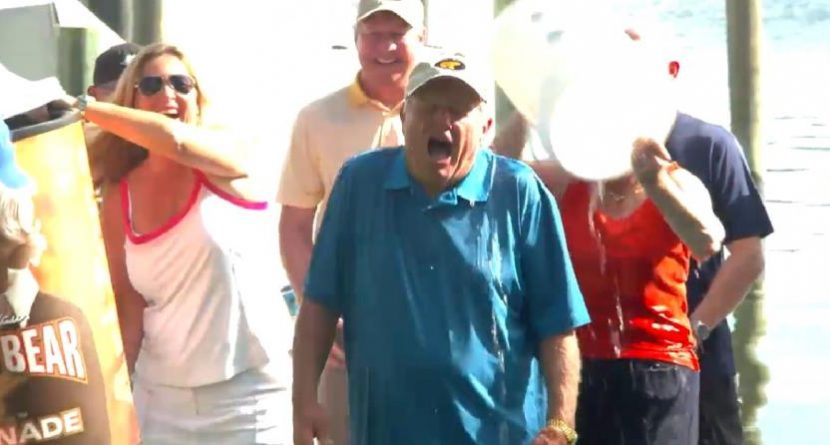 Ignoring all “rules” about completing the Ice Bucket Challenge within 24 hours of being called out, the great Jack Nicklaus finally dumped a bucket on his head. But that’s OK, because he’s Jack Nicklaus.

The Golden Bear accepted the challenge from Gary Player, Greg Norman, his son Michael, his grandkids, and even some fans, and then let his wife, Barbara, soak him with ice water. Jack, in turn, nominated and then returned the favor to Barbara.

What followed was a lot of shrieking as employees of Golden Bear were also challenged by their company’s namesake and immediately doused each other:

With the Ice Bucket Challenge still drifting through the golf world nearly two months after it was first introduced, there aren’t many pros or ex-pros who haven’t taken part. Really, we’re basically just waiting for Phil Mickelson …