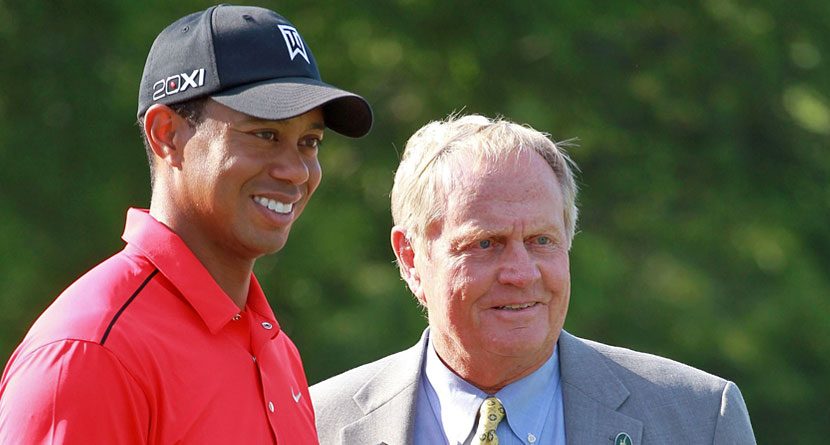 Tiger Woods’ hopes of catching Jack Nicklaus’ all-time record of 18 majors may have suffered a setback, but the “Golden Bear” himself believes Woods still has a shot at the milestone.

Nicklaus told ESPN Radio’s Mike & Mike In The Morning program on Tuesday that Tiger should have little difficulty accomplishing the task, even at his age.

“I still think he’ll break my record,” said Nicklaus. “As long as he is physically able to do it, he’s 38 years old and he’s probably got another 10 years at least of being able to compete. That’s 40 more majors to win five of them.”

Without question it has been a tough season for Woods. He underwent surgery for is ailing back prior to his announcement that he would be skipping the Masters for the first time in his career. He’s been stuck on 14 career majors and is also sitting on 79 career PGA Tour victories, three shy of Sam Snead’s record.

Woods, however, has maintained that he can regroup in enough time to chase Nicklaus’ record. He’s hoping that starts with the second of the four majors, the U.S. Open, to be held on June 12 at Pinehurst.