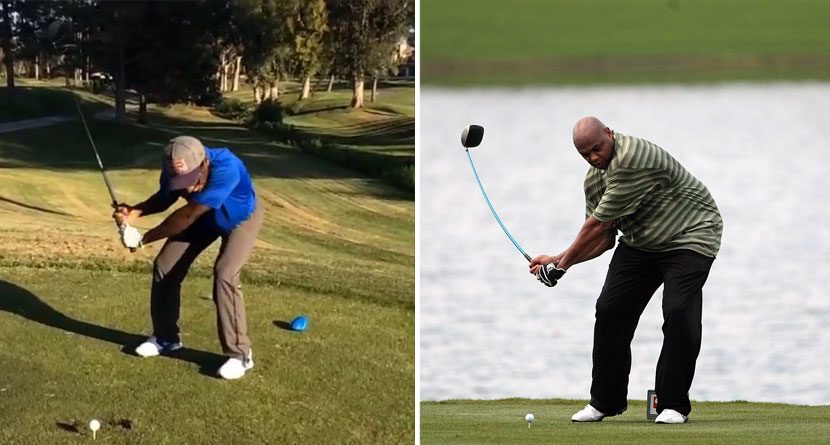 Rarely does anyone ever want to swing a golf club like Charles Barkley. It’s one of the most “turrible” swings in golf, and it’s actually very hard to replicate (I’ve tried).

Stewart may have exaggerated Barkley’s stuttered downswing slightly (or massively), but it made for a hilarious video. Hopefully he didn’t play his entire round swinging like that. He may have torn a muscle if he did.

Stewart actually has a good golf swing when he’s not trying to mirror Barkley’s. He and Bubba Watson hung out together in an episode of “The Bubba Watson Show,” where the two talked about growing up in their respective sports:

It’s fairly impressive that he’s played the 17th hole at TPC Sawgrass from the same tees as the pros, and hit the green. Could he make the switch to golf like Fowler?