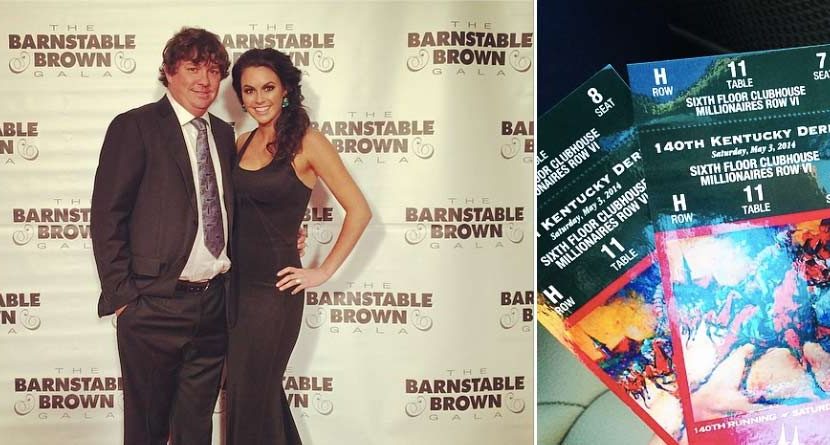 With “Derby Eve” parties held all across Kentucky on Friday night, one party in particular boasted one of the hottest guest lists around. The Barnstable Brown Gala was the place to be, hosting celebrities and athletes unlike any other party in the Bluegrass State. Among others, Jason Dufner and his wife, Amanda, made an appearance at the event.

Once inside the party, Dufner made the most of the night. He took photos with big names such as Green Bay Packers quarterback Aaron Rodgers, former Knicks forward Anthony Mason, as well as the Mayor of Louisville, Greg Fischer.

An awesome photo Dufner took wasn’t with a person, though. He and his Wanamaker trophy posed for a picture with another famed trophy on Saturday: the Stanley Cup.

Being the superstar that he is, Jason also made an appearance on stage with the band at the Gala. Rock on, Duf Daddy.

After attending the Gala, Jason and Amanda were in attendance at Churchill Downs for the 140th running of the Kentucky Derby on Saturday.

Dufner will be back in Kentucky in August to defend his PGA Championship title at Valhalla Golf Club. He’ll hope to keep the Wanamaker for another year, after winning it the first time was oh so sweet. Related Link: Why is Jason Dufner Obsessed with Overloaded Cars?