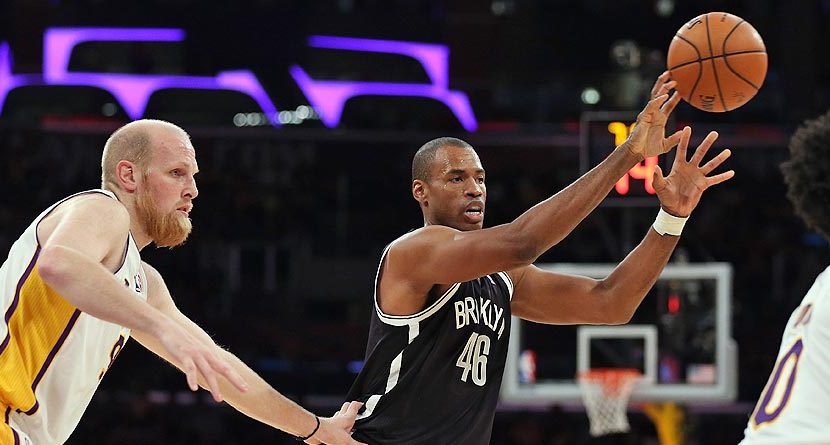 In what will be forever remembered as a historic moment in sports, Jason Collins has become the first openly gay athlete to play in an NBA basketball game.

Nearly 10 months after coming out to the world, Collins signed a 10-day contract with the Brooklyn Nets and was available to play against the Los Angeles Lakers on Sunday. The move also marked the first time an openly gay athlete has participated in any of the four major North American professional sports.

We at the Back9Network preach a message of inclusion, welcoming all individuals from every walk of life to take part not only in the game of golf, (Collins is a golf enthusiast in his own right,) but in any athletic activity he or she chooses.

Together we salute Jason Collins in his courage to stand up and show the world who he is: an incredibly talented athlete competing at the highest level in his sport.

Congratulations, Jason. We could not be more proud of you.

This photo of @jasoncollins34 on court in an NBA game says more than a million words. History. http://t.co/V9oEJBXX0P pic.twitter.com/x5U9QZBnPn