Jason Day Shows Off Legs, Makes Most Bizarre Par Ever 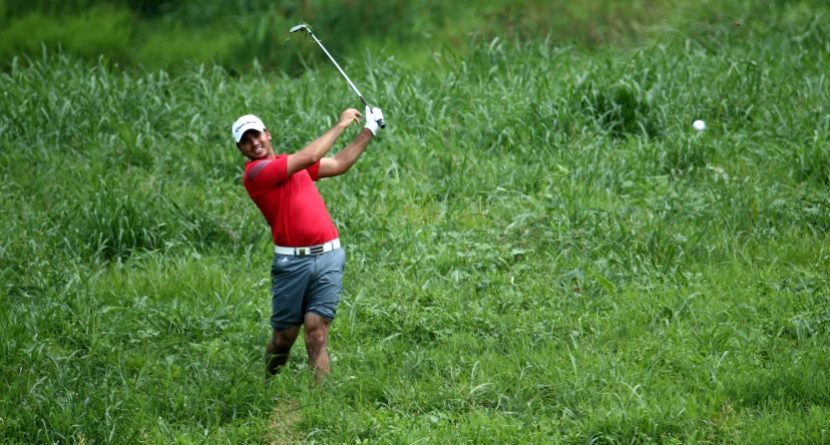 After carding the best round of the day on Friday (6-under 65), Jason Day found himself in Saturday’s final group with the hottest player in the world, Rory McIlroy. With the final group – and especially with McIlroy – comes a lot of attention.

Day probably wished some of that spotlight was shining elsewhere when he shanked his tee shot on No. 2 into some thick vegetation – and on the wrong side of a creek. After a brief search, the ball was found, and if Day wanted to play it, he needed to cross the water.

His caddie, Colin Swatton, took off his shoes and socks to wade through the creek and get to the other side, then Day did the same. And in his bare feet, with his pants rolled up past his knees, Day clubbed out:

From there, Day’s approach landed on the green, and he needed just one putt for par:

We might see that shot a lot more in the future should Day go on to take down McIlroy and win this thing.