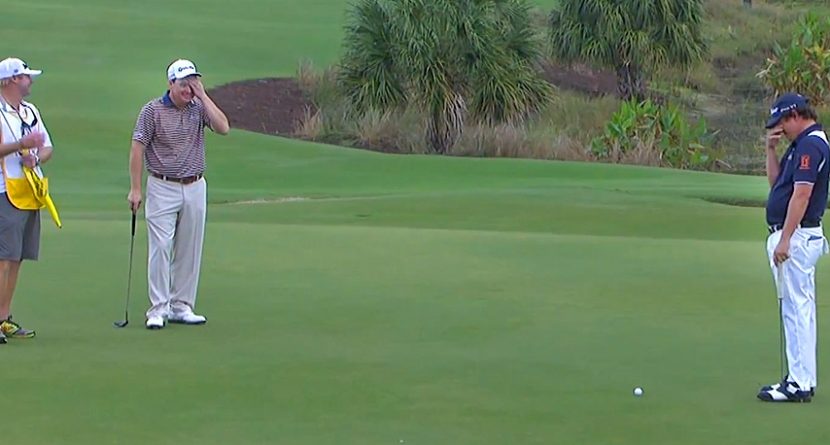 With the saddening news that Paula Creamer is no longer “on the market,” golfers everywhere needed to find something to smile about on such a somber day. Luckily for us, Jason Dufner stepped up and gave us all the chuckle we so desperately needed.

During the Franklin Templeton Shootout on Sunday, Dufner went to line up his birdie effort on the ninth green and made a mistake that nearly every hacker, duffer and casual player has in the past. He also gets the same type of reaction from members in his group, just like you or I would.

Laugh all you want at Duf Daddy, but we’ve all been there. It is nice to know that the pros are capable of these kind of mental lapses, too. Only they don’t get mulligans, they have to count it. Luckily for Dufner, his teammate Dustin Johnson his third shot snug, leaving a short putt for par.

Almost immediately following his blunder, Dufner showed us why he’s one of the best, showing off his superior hand-eye coordination by knocking the ball into the lake in frustration.

And I know we’ve all tried that move before.