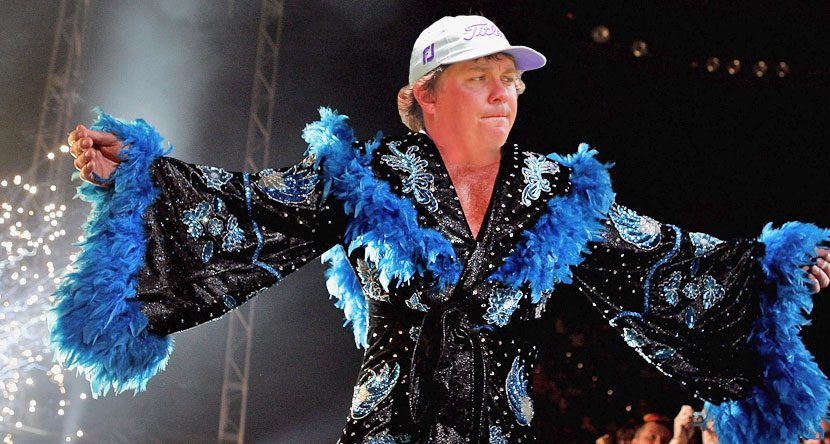 Carolina Panthers wide receiver Steve Smith is a bit perturbed that one of his favorite wrestlers, Ric Flair, gave a pre-game speech to the San Francisco 49ers last week. After all, Flair has North Carolina ties and has long been a Panthers fan.

“As a guy who actually has a Ric Flair robe I’m real disappointed in seeing that. Real disappointed,” Smith said this week, prior to his Panthers hosting the 49ers this weekend. “I’m not sure if he’ll get the invite here. That Golden Gate Bridge has been burned.”

What’s more surprising there? That NFL players are discussing a (fake) pro wrestler during the playoffs, or that Smith owns a Ric Flair robe? It’s gotta be the robe, right?

That perturbs Jason Dufner. He wants a robe:

@RicFlairNatrBoy let’s work a deal. For one of your robes, I will teach u how to hit laser like drives and iron shots on the golf course.

Jason Dufner in a Ric Flair robe. If you thought Dufnering was hilarious….