Jason Dufner Is Having A Grand Ol’ Time With Elephants 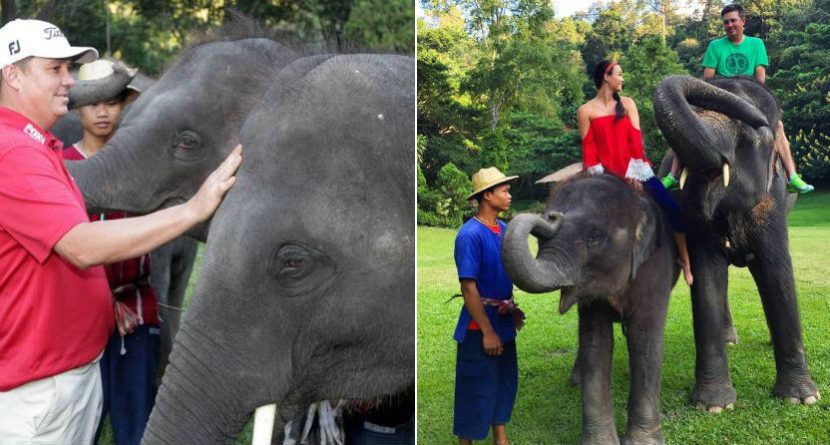 Jason Dufner’s Asian swing continues, and so does the silly season of golf. From traditional costumes in Shanghai to teeing it up in 2,000-year-old amphitheaters in Turkey, we now have the Duf Daddy living it up in Thailand.

Dufner is currently playing the Chiangmai Golf Classic on the Asian Tour, where he’s the biggest draw in the field and playing pretty well (-6 through two rounds, tied for fifth place). This all comes after he met some elephants:

@JasonDufner visits the Mea Saa Elephant camp before the start of the #ChiangmaiGolfClassic presented by PTT pic.twitter.com/GEgOit4BK7

One practical joker even snagged the hat of Dufner’s head:

Dufner so enjoyed his time with those creatures that he took his wife, Amanda, for an elephant ride.

We’re guessing it didn’t take much to persuade Amanda to hop on an elephant. She’s a big Alabama backer, and as you know, the Alabama Crimson Tide, for some reason, has an elephant as a mascot.