Jason Dufner Putted with 3-Wood After Giving Fan his Putter 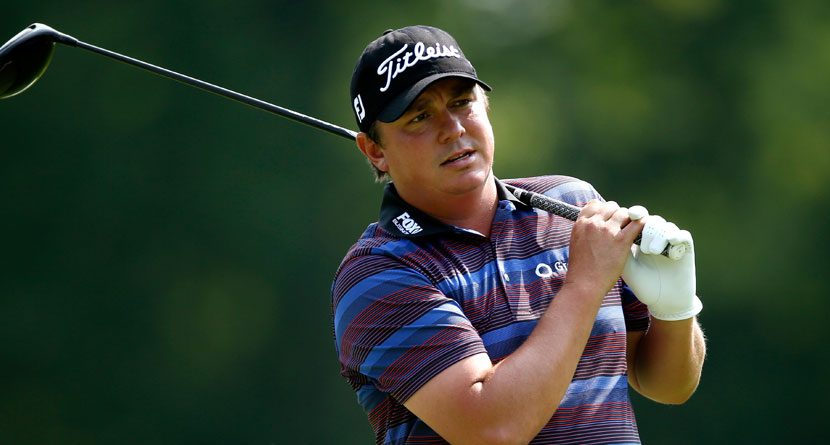 This is awesome. Jason Dufner was out of contention at the WGC-Bridgestone Invitational on Saturday, so he decided to turn his rough day into a spectacular one for someone else.

Shane Ryan of Grantland caught up with Duf Daddy on Sunday to get the inside story:

“Jason,” I said, “I heard a story that you gave your putter away to a kid yesterday. I wanted to make sure it was true.”

I did the math — eight holes. Dufner had always been a bit rough on the greens, but I failed to see how this would help.

“What did you putt with?”

I can’t remember ever hearing of a player giving away his flatstick midway through his round. I assume Dufner went back to a regular putter for his final round, but it’s unclear because apparently the TV cameras and photographers missed Dufner’s act of kindness. I guess that’s what happens when you’re out of contention and not named Tiger Woods.

Regardless, Sunday was his worst day yet. Dufner carded a 7-over 77 and finished T-66. But at least he made a lucky fan happy.