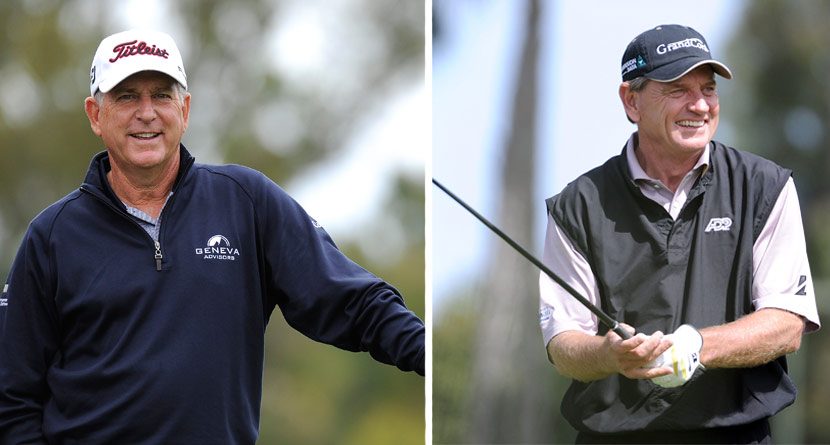 Jay Haas will be the man responsible for keeping the Americans’ dominant run going in the biennial Presidents Cup, and Nick Price will again captain the International squad, which is looking for just its second win in the event. The 2015 Presidents Cup will take place at Jack Nicklaus Golf Club Korea in Incheon, South Korea, Oct. 6-11.

The captains were revealed Wednesday by PGA Tour commissioner Tim Finchem, and named by the captains as assistants were Fred Couples for the U.S. and K.J. Choi for the internationals. The U.S. leads the all-time series 8-1-1 after defeating the International team last year at Muirfield Village.

“Nick Price and Jay Haas bring tremendous experience, enthusiasm and knowledge to The Presidents Cup and were obvious choices to captain the International and U.S. Teams as we take the event to Asia in less than 16 months,” Finchem said.

As a player, Haas competed in the 1994 and 2003 Presidents Cups, going 5-3-1. He was an assistant captain for the past three tournaments, and at the past two events, his son, Bill, competed for the U.S. Bill currently ranks 20th in the standings to make the 2015 team. (The teams are made up of the top 10 players in the respective points standings, with two final golfers being placed on each squad as captain’s picks.)

“This is a dream come true for me,” Jay Haas said. “The Presidents Cup has been such a huge part of my life, especially over the past five-plus years, working alongside Freddie as his assistant captain and having my son Bill on the team for the past two events. To have the chance to serve as captain in 2015 is really an honor I can’t put into words, but a role I look forward to fulfilling to the best of my ability.”

Couples had been the American captain at the past three Presidents Cups. Those were all won by the U.S., which has been victorious each year except for 1998 (when the International team won in Australia) and 2003 (when the squads tied in South Africa).

Price, a World Golf Hall of Famer, competed in five Presidents Cups as a player (1994-2003), earning a 8-11-4 record. As captain of the internationals in 2013, Price watched his side make things interesting on the final day by taking a majority of the singles matches. But it ultimately fell short, 18.5 to 15.5.

“The Presidents Cup has always meant a great deal to me, and it is a tremendous honor being asked to be captain again,” Price said. “Ever since the first Presidents Cup in 1994, I fell in love with the event and have always relished the opportunity to both represent my country and be part of some great teams. Winning in 1998 was certainly one of the highlights of my professional career.”

The 44-year-old Choi hails from South Korea and actually still holds a slim chance of playing for the International team, as he ranks 19th in the standings through June 1.