Jim Furyk Bested by Jaguars Mascot, Does Some Dufnering 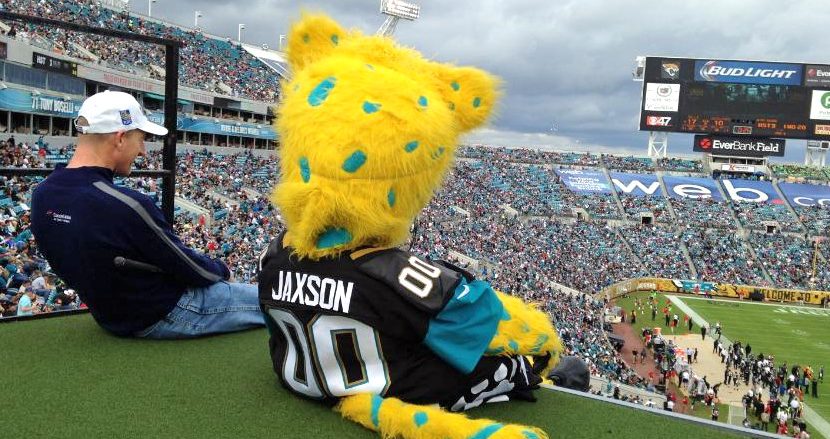 Jim Furyk high atop EverBank Field for his Closest to the Pin contest at today’s Jaguars game. #PGATOUR pic.twitter.com/YVIHcx6ZCt

DeVille’s victory was the lone bright spot in Jacksonville on Sunday as the Jags fell to the Buffalo Bills 27-20. With the victory, the Jaguars mascot officially has more wins at EverBank Stadium than the Jaguars do this season. Ouch.

While waiting to hit their shots, Jaxson and Furyk became the latest to take part in the craze that started this summer and is still sweeping the nation, “Dufnering.”

The final closest-to-the-pin contest will take place next week when the Jaguars take on the Tennessee Titans in their final home game of the season.