John Daly: ‘I Would Love To Help’ Dustin Johnson 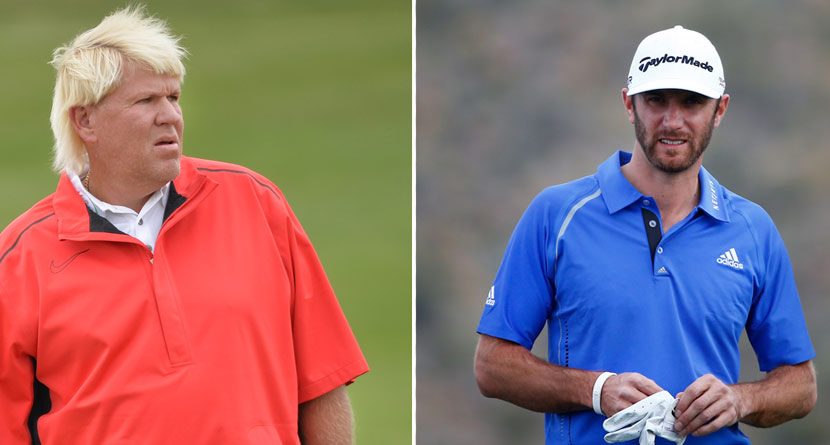 Dustin Johnson announced in a statement on Thursday that he will be taking a leave of absence from professional golf due to “personal challenges” he has faced.

As a result of Johnson’s revelation, fellow PGA Tour player John Daly has offered to help. “I texted Dustin a few days ago and told him how much I love him,” Daly told TMZ Sports. “He’s talented … he’s the future of golf.

“My heart goes out to him. I would love to help but I know how things are and he would have to come to me.”

On Friday, Golf.com reported that Johnson has been suspended for six months after testing positive for cocaine. According to the unnamed source, this is Johnson’s third failed drug test dating back to 2009. That report also said that Johnson was suspended for a positive drug test in 2012, but the suspension was never made public.

Late on Friday afternoon, however, PGA Tour executive vice president Ty Votaw restated that Johnson’s leave is voluntary. “Mr. Johnson has taken a voluntary leave of absence and is not under a suspension from the PGA Tour,” Votaw said in a statement.