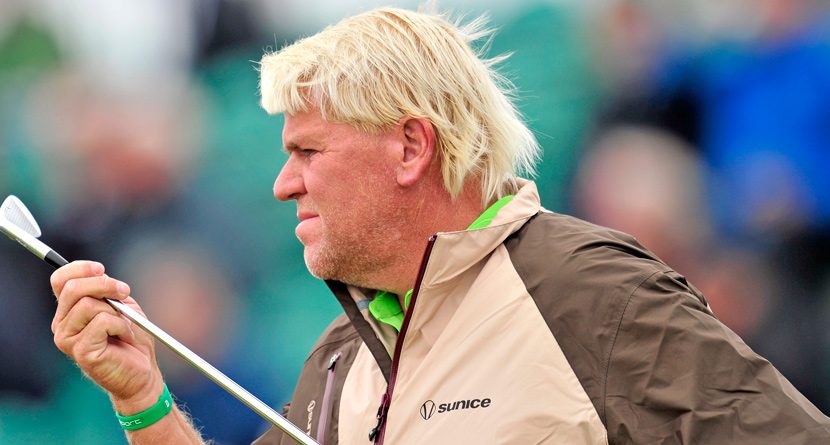 If you’re wondering where John Daly’s colorful pants are this weekend at the 2014 Valspar Championship, they’re at home because he shot a hard-to-believe 90 in his second round.

Unfortunately for Daly, the disappointment didn’t end on the course.

According to Business Insiders’ Tony Manfred, Daly was none-too-happy with the multitude of golf writers and bloggers that commented on Daly’s performance. While some articles took a more personal tone toward Daly, most were merely commentating on the number, not the man. Robert Thompson decided to fire back:

Thompson took the “attack” as a badge of honor… until he realized he wasn’t as special as he first thought:

Being called a jerk by John Daly was cool until I realized he is cutting and pasting that response to everyone today. #sigh

Daly would eventually delete the tweets in which he called multiple writers a “jerk,” but not before the damage had already been done.

It wasn’t long before Daly seemed to regain his well-known sense of humor posting a solution to his putting issues: