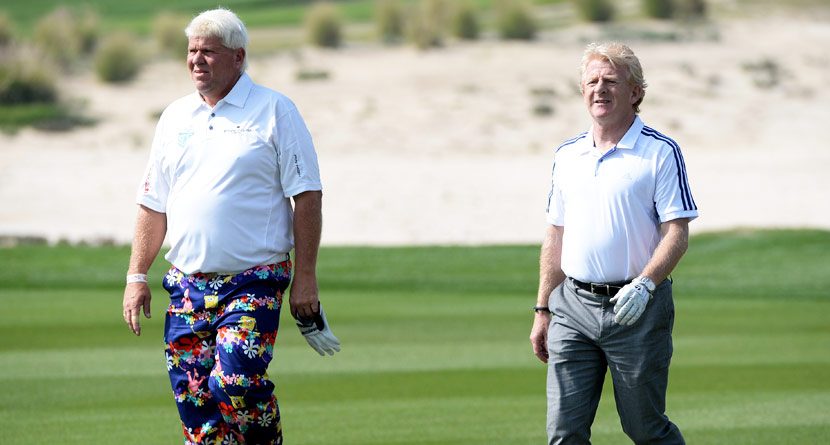 PGA Tour favorite John Daly has been sponsored by the fine folks at Loudmouth Golf for years, resulting in some of the more memorable golf outfits in recent history. By the looks of Daly’s new SpongBob SquarePants-inspired trousers, we are all in for some doosies this golf season. Daly, who has had his ups and downs on tour throughout his career, has been playing extremely well over the past few weeks. He finished in a respectable tie for 32nd at the Sony Open in Hawaii, pocketing over $30,000 in the process. Not a bad week, if you ask me.

The Lion is currently in Qatar for the Commercial Bank Qatar Masters at Doha Golf Club, so here’s hoping we’ll see much more of Daly’s unique wardrobe pieces throughout the tournament.