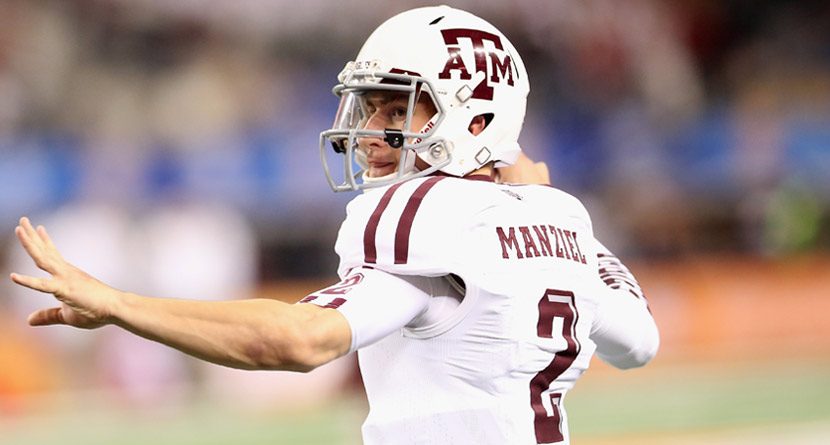 Johnny Manziel is expected to be taken in the first round of the NFL Draft in May, potentially within the first 10 picks.  He’s one of the most polarizing athletes in the world, and he continues to make headlines week in and week out.  Whether he’s signing endorsement deals with Nike or joining LeBron in a McDonald’s commercial, he’s impossible to ignore.

This time, Johnny Football is making headlines with a new putter, more specifically a custom Circle T Scotty Cameron putter.  Manziel posted a photo on Instagram of his new putter, stamped with his jersey No. 2 on the toe, which he wore at Texas A&M.

Manziel is no stranger to the game of golf.  He’s posted several pictures of himself on the course with his family, as well as practicing his short game with a makeshift green.  He’s also been fortunate enough to play legendary Pebble Beach.

Few get to live the high-life that Johnny Football does, and his new custom Circle T is just the latest example.

ICYMI: Johnny Football can get up and throw down.