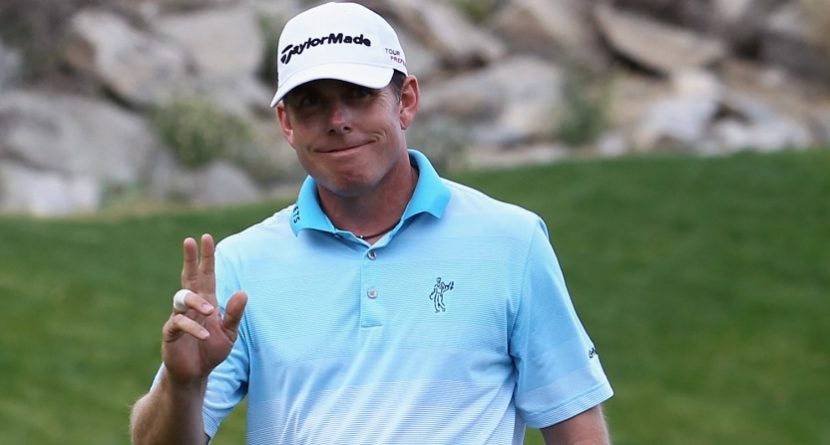 Getting off to a good start is always the goal for players at a golf tournament. Since dropping in a hole-in-one is next to impossible considering very few courses start with a par 3, you can’t do much better than an eagle.

That’s how Justin Leonard’s day began Thursday at the Players Championship at TPC Sawgrass. He dunked his approach shot on the first hole – and slammed it home so hard the cup had to be replaced:

Leonard, who won this event in 1998, teed off in the afternoon, so most of the field had already played through No. 1, but 53 players behind him – including his playing partners, Charlie Beljan and Kyle Stanley – had to putt to the new hole.

How easy is it to fill one hole and make a new one? Not too tough if you have the right tools: