Justin Timberlake’s Love of Golf Shows No Signs of Fading 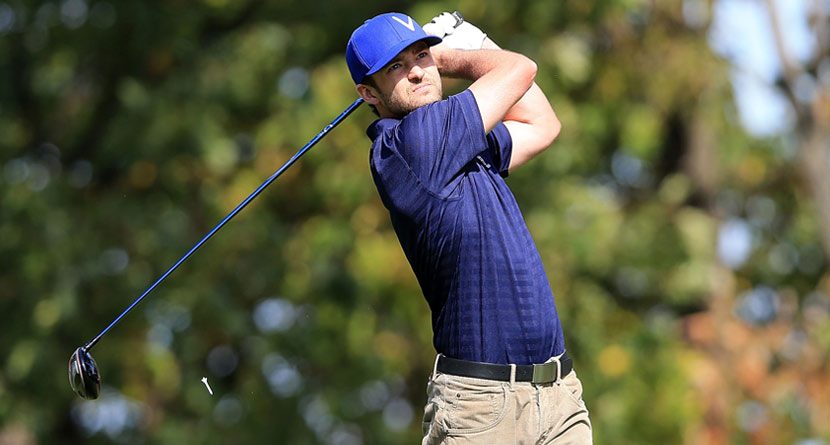 Multitalented superstar Justin Timberlake, this week’s musical guest on Saturday Night Live, (who will probably end up co-hosting alongside Jimmy Fallon,) hit the links before his Orlando concert on Wednesday. His partner for the round at Lake Nona Country Club was former N’Sync band mate Chris Kirkpatrick, according to GolfWeek.

Timberlake is no stranger to the game of golf. As you’ll remember, the musician/actor hosted his own PGA Tour event, the Justin Timberlake Shriners Hospital for Children Open, for five years between 2008-2012. He was also hired as a creative consultant for Callaway Golf in 2012, a move that raised the eyebrows of many golf traditionalists.

Later in 2012, Timberlake served as the emcee for the Ryder Cup Gala in Chicago prior to the Medinah Country Club matches and was a constant presence in the Team USA locker room.

Timberlake also produced The Short Game, a documentary focusing on the World Championships of Junior Golf held annually in Pinehurst, North Carolina. The critically acclaimed film has garnered early successes both on the big screen and via Netflix, which began streaming the film this month.

In addition to having an obvious obsession with the game, Timberlake is a pretty decent golfer in his own right. Currently the proud owner of a 6-handicap, Timberlake is a common participant in celebrity pro-ams and charitable golf tournaments throughout the year.

Justin Timberlake Attempts A $1 Million Hole in One For Charity