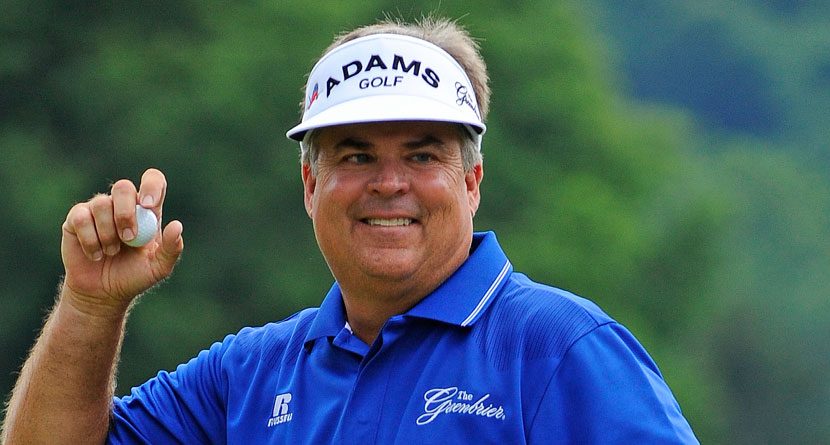 Kenny Perry isn’t necessarily making his way up the leaderboard Saturday at the U.S. Open, but he is going to make plenty of headlines.

On the 479-yard, par-4 14th hole, Perry hit what should now be the leading candidate for “shot of the year.” His tee shot missed the fairway and wound up in “the stuff,” as they call it.

Perry was likely just trying to hit the green from his lie, but he did so much more. Take a look:

It was impressive enough to just hit the green, never mind hole the shot. Especially with a hybrid. This one gives Bubba Watson’s magical shot at Augusta National a run for its money.