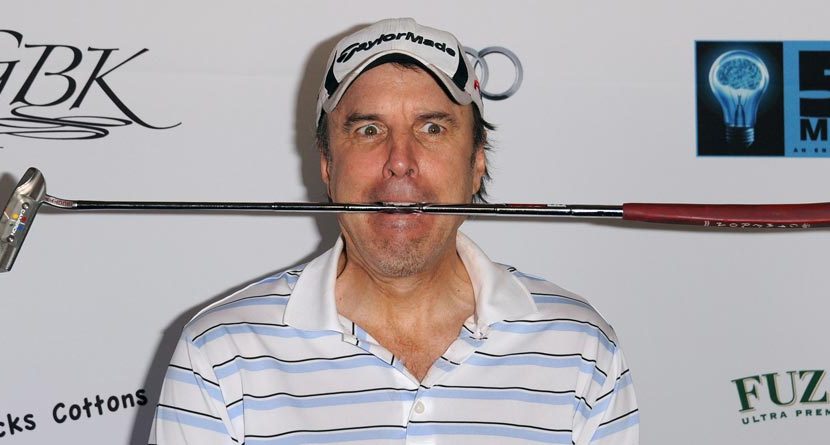 Comedian Kevin Nealon is a huge golfer and plays in celebrity tournaments around the country each year. Possibly the biggest one he’s a part of is the American Century Celebrity Championship, which takes place in Lake Tahoe, Nev.

One particular shot from that tournament is stuck in Nealon’s head and will probably stay there for good — and rightfully so. On “The Tonight Show Starring Jimmy Fallon” Wednesday night, Nealon told the story of that particular shot, which could go down as No. 1 on our list of luckiest bounces in golf.

Nealon said he was on the 18th hole when he hit a tee shot 200 yards — one he really “connected with” — but it tailed to the right and headed towards the spectator-filled beach. Everyone ducked and covered their heads except for one spectator taking in the view. You can probably guess what happens next…

The ball hit the woman square in the forehead, caromed towards the green, and landed within a foot of the pin. Didn’t see that coming, now, did you?

Here’s Nealon’s (much better) take on the ridiculous shot.