LeBron James’ Golf Swing Not as Pretty as his Jumper 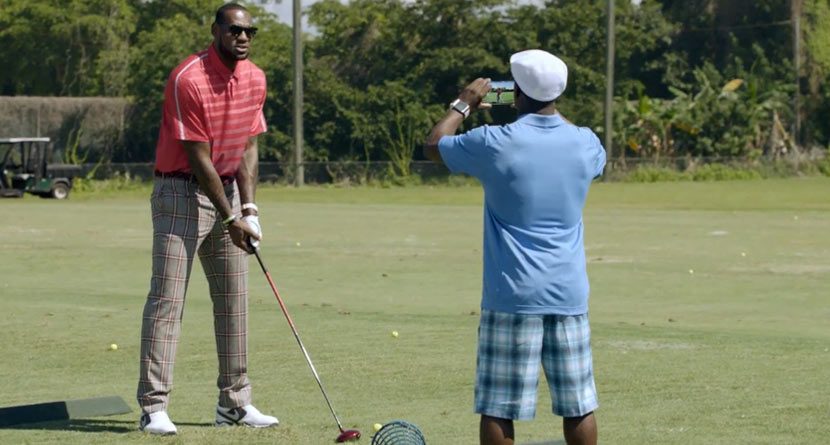 LeBron James is a phenomenal athlete. The best in the world at basketball. Could be a serviceable tight end in the NFL. Put him on skates and he could be quite the enforcer in hockey.

Baseball we’re not so sure about, because after catching a glimpse of his golf swing in his latest Samsung commercial, we’re going to assume his baseball swing is a bit rough, too. There’s a reason we didn’t include LeBron in our list of the 9 best NBA golfers. If he gets a hold of one off the tee, though, wow. It might land far from the correct fairway, but it’ll be far from where it started. Then again, if he didn’t have Kevin Hart harassing him, he might be able to focus.

A bad golf swing, however, doesn’t make a bad person. The full two-minute Samsung ad shows the lighter side of LeBron hanging out with his wife and kids, cracking jokes with his teammates, but also working hard while leading the Miami Heat’s mission to three-peat.