Lee Westwood Saved A Millionaire From Drowning In Barbados 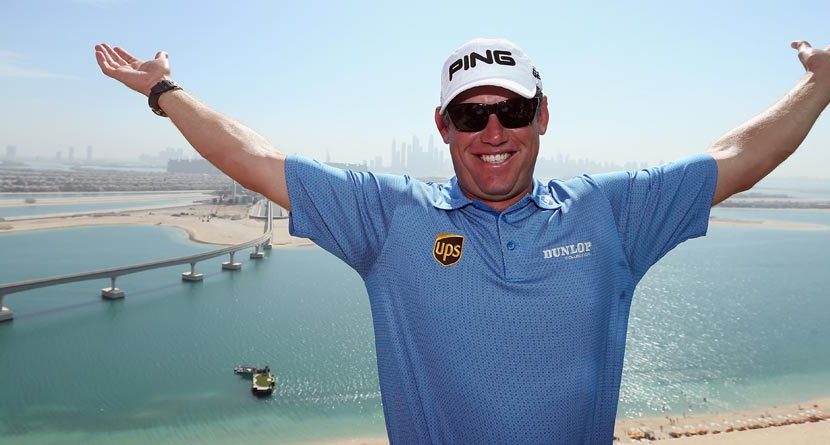 Being a professional golfer entails many things, but playing the role of a lifesaver is not one of them. Try telling that to Lee Westwood.

While vacationing in Barbados (and not playing golf), Westwood pulled out his best David Hasselhoff impression and saved a man from drowning. But not just any man … it was British millionaire Colin Davies.

According to the Daily Mail, Davies suffers from Parkinson’s Disease, and upon entering the water, his legs gave out and wouldn’t move.

Thankfully, Westwood was there to save the day.

“As soon as I entered, I realized I was in trouble. My legs wouldn’t move, and my wife Linda was out of earshot,” Davies said when describing the event.

“The family next to us on the beach heard my cry and within a second a muscular male grabbed me and, with tremendous but gentle care, got me back to my lounge bed.”

Now that’s a story for Westwood to tell his grandkids. Sure, he can tell them about his 23 European tour wins and 17 top-10 finishes in major championships, but saving a man’s life might top them all.

After it was all said and done, Westwood — also known as “muscular male” — downplayed his heroics on Twitter when a fan shared a hilarious (obviously doctored) photo of Westwood.

To which Westwood replied:

@AndrewHarding9 don’t get baywatch images in your head Andrew! The gentleman was struggling to get back up the beach and I helped him out.

Like Rory McIlroy, Weswood has been hitting the gym frequently of late. Whether or not that played into his heroic act, I don’t know. But I’m sure it factored into Davies calling him a “muscular male.”