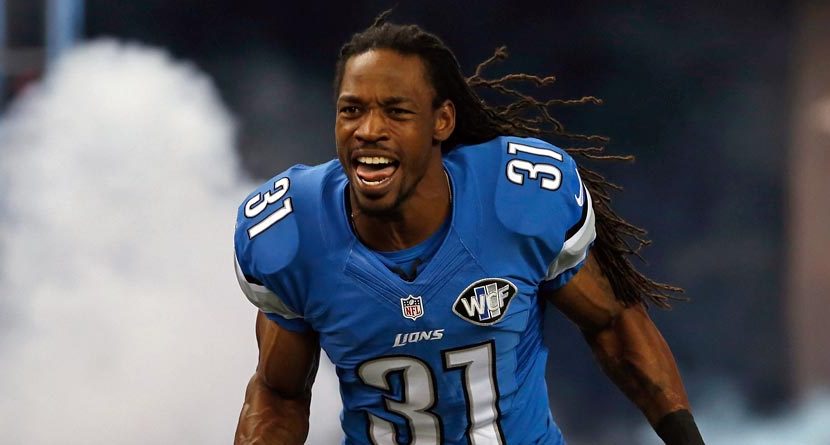 Football has been under the microscope due to head injuries and their short- and long-term impact on players. The violent nature of the sport has led parents to pull their kids from participating, hoping to protect them from serious injuries down the road.

It may come as a surprise that one of those parents happens to be a 12-year veteran in the NFL, but Detroit Lions cornerback Rashean Mathis falls under that category.

Mathis recorded his first interception in more three years against the Buffalo Bills on Sunday — and it was also the first since his son R.J. was born. The reason for the pick-less drought was partly because of a torn ACL, a common injury among football players and one of the many injuries that Mathis wants his son to avoid.

“He doesn’t have to play any sport, as far as I’m concerned. But if he does get into it, football will be the last thing I introduce him to,” Mathis told the Detroit Free Press.

The best alternative? Golf — because it’s the farthest thing from football.

“I would love to be his caddie and him on the golf course,” Mathis said. “That’s a dream.”

Mathis is an avid golfer. In Florida, Mathis’ family lives on Marsh Landing Country Club and he plays to a 4-handicap.

It might be tough for Mathis to pull his son away from the sport that he, himself, has played since high school. Especially with the success he’s had over the course of his career.

If R.J. does end up playing football though, he can always celebrate with a swing on the field or a putt in the endzone.