Madness Is Spreading Across the Golf World 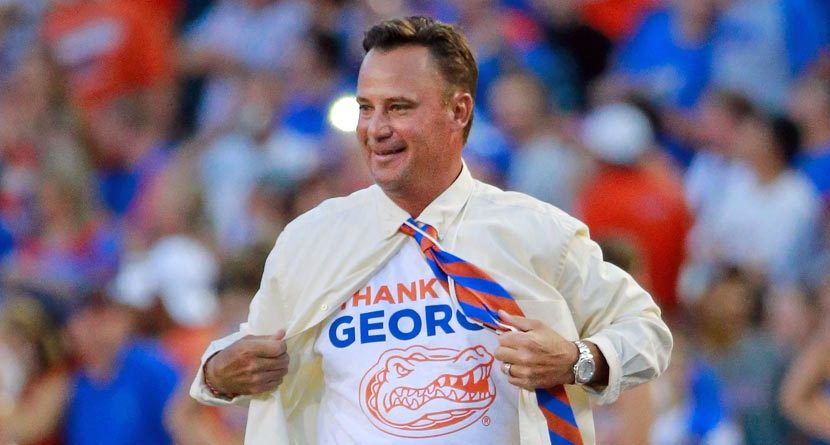 With March Madness heating up and conference tournaments crowning their champions, the craziness that is the NCAA Tournament is now upon us. Everyone loves watching the Tournament and filling out brackets, trying to predict this year’s Cinderella story — even PGA Tour players.

Some players have taken to Twitter to show support for their alma mater, hoping their school will make a run in the Big Dance.

Dustin Johnson was happy to see his Coastal Carolina Chanticleers in the tournament, although he knows how tough it will be for them, going up against a No. 1 seed in Virginia.

So cool to see my CCU Chants headed to the Big Dance!! Playing Virginia won't be easy but Coach Ellis has a great squad!!! #MarchMadness14

JJ Henry appears to be on the Wichita State bandwagon, although it’s unclear how packed that wagon is after the Shockers were seeded in the “bracket of death.” A Final Four team last year, the Shockers will hope to make another run deep into the tournament.

Who else on the Wich St Shockers bandwagon? Select Committee did them no favors but I'm all about the "little engine that could" #ShockEm

Possibly the biggest snub of the tournament were Larry Brown’s 23-9 SMU Mustangs, who were ranked 25 in the AP Top 25 poll. Former Mustang Colt Knost was less than happy about the selection committee forgetting his old team.

Someone explain to me how in the hell @SMUBasketball doesn't get into the tournament??? Bullshit

Former OSU Cowboy Hunter Mahan was in the same boat as Knost, disapproving of the selection committee’s decision to leave out SMU.

SMU not making the NCAA tournament is a travesty and embarrassing.

University of Louisiana-Lafayette Ragin’ Cajuns sealed their tournament bid in dramatic fashion, winning the Sun Belt Conference title game in overtime over Georgia State 82-81. Although Chris Smith attended the Ohio State University, he was happy to see the Ragin’ Cajuns in the tournament.

Ben Kohles, a University of Virginia alum, was more than pleased by the Cavaliers victory over Duke to win the ACC title. Although he couldn’t be at the game, he found a way to support his team from outside the country — Brazil to be specific.

HOOS on top!!! ACC Champs lets go! If that doesn't deserve a #1 seed I don't know what does

Pumped for UVA Bball going to the ACC Finals! I will find a way to watch them tomorrow in Brazil! #Hoos

Although Kris Blanks didn’t attend Virginia like Kohles did, Blanks still had plenty to say about the Cavs projected seed in the tournament.

How is Virginia not getting any consideration for a number 1 seed. I mean what do they have to do.

Hell UVA is covered in confetti and joe lunardi's bracketology scrolling on the bottom doesn't even have them as a 2 seed.

Zach Johnson took a shot at Kyle Stanley for his so-called ‘thrashing’ of Stanley in the Transamerica Bracket Challenge last year. The two are already making wagers on this year’s tournament as well.

Former Florida Gator Chris DiMarco is hoping to see his team make a run in the Tournament as the No. 1 overall seed, having won 26 games in a row and going undefeated in the SEC.

Kentucky native Josh Teater wasn’t all too happy with the Wildcat’s late game performance, as they failed to get a shot off, down by one in the closing seconds.