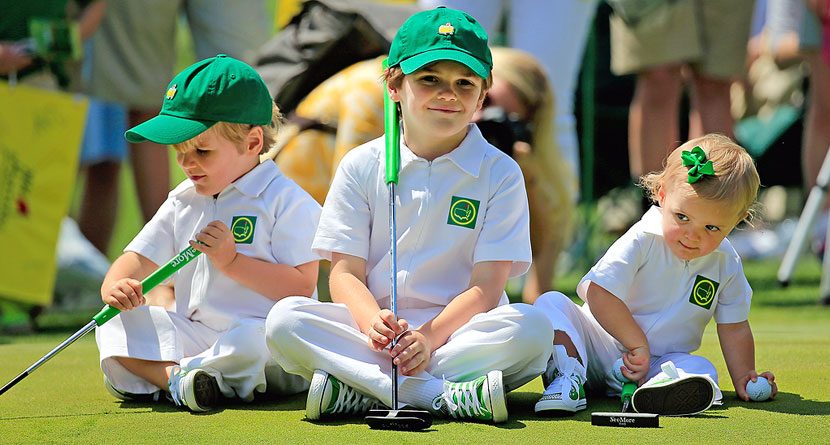 Wednesday of Masters week means wives, girlfriends and kids dress up like caddies in traditional white jumpsuits and walk with their men/fathers around Augusta National’s par-3 course. In other words, it’s one of the easiest days ever for a photographer. You know Bubba Watson, 2012 Masters champion, and if you follow him on Twitter, you likely know his son, Caleb, too. Caleb and Watson’s wife, Angie, know their way around Augusta pretty well now: You know Jason Day, one of the best yet to win a major, and also one of the guys with a good shot this year. Meet his son, Dash: You know Hunter Mahan, the two-time U.S. Ryder Cup star who left the Canadian Open while in the lead to be present for the birth of first child. Meet his million-dollar baby, Zoe Olivia: