Masters Thoughts with Will Ferrell 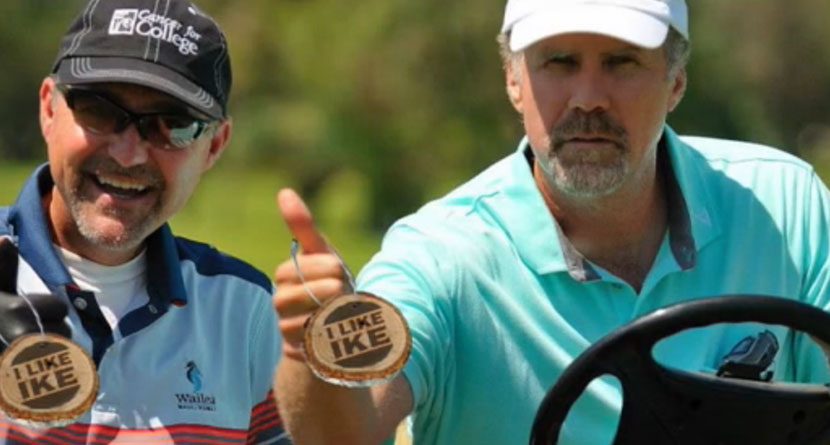 The Masters is set to kick off next week, and funny-guy Will Ferrell couldn’t help but give his thoughts about the iconic tournament. Ferrell took time to give some advice on a number of topics including how to honor the recently removed Eisenhower tree, and it’s something that could only come from the warped mind of Ron Burgundy himself.

The Eisenhower tree wasn’t his only topic of interest, however. He also touched on a few other items, including his Jim Nantz relaxation tape, how he’d “hip up” the tournament and his thoughts a potential fight between Rory McIlroy and Bubba Watson.

We’ll (likely) never see keychains made out of the Eisenhower tree, but you know they’d sell like hotcakes if they did.

Although he did takes a shot at McIlroy’s height, Ferrell appears to be fairly close with new Masters favorite after he helped him get into the Anchorman 2 premiere in November.

Will Ferrell is also quite the golf fan, seen here accepting an ESPY on Tiger Woods’ behalf: