McIlroy Not Hung Up on Catching Jack; Almost Quit Golf at 16 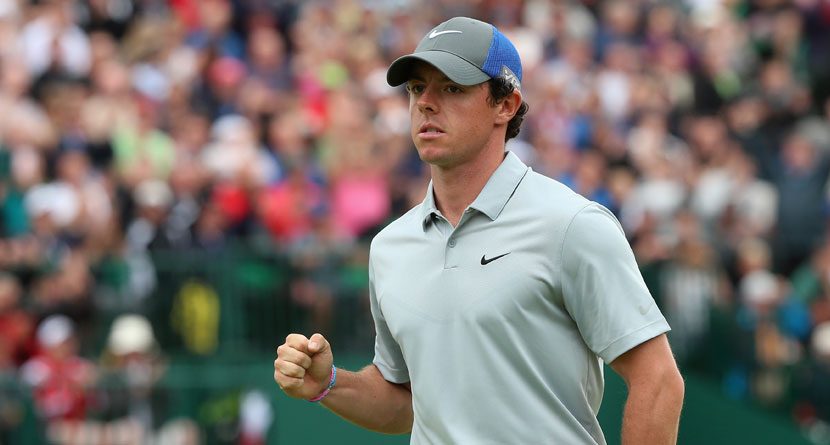 Usually, the press conferences on the PGA Tour that precede that week’s tournament are boring. Nothing more than an “I like my chances this week,” or “The crew here does a wonderful job,” or “No, we’re really glad Tiger is back.” Most of the time, you don’t learn super interesting things — like the fact that Rory McIlroy almost gave up the game of golf at the age of 16.

“I was ready to give it up when I was 16. I remember the drive,” McIlroy told the media Tuesday. “I just won the Mullingar Scratch Cup, and I remember the drive home with my dad. It was like a three‑hour drive. And I said to him, ‘I don’t like this anymore. I don’t enjoy it. I just won, and I don’t know, I’m not happy. I’m not excited.’ I went back home and didn’t play golf for about three days.

“Actually, I really like this game. [I was] just an impulsive teenager going through hormonal issues. Apart from that, I love the game of golf. It’s been great to me over the years, obviously. As I said, this is what I always wanted to do. I’m really enjoying it. But there was a teenage rebellion, yes, for three days.”

Phew, that was close. Could you imagine the game today without Rory? I feel just like I did when NASA told us we almost got wiped out by a solar flare a couple weeks back. OK, it’s not quite the same thing, but it’s a bit of a shocking revelation by the No. 2 player in the world, and definitely makes for some interesting conversation.

That little nugget wasn’t the only interesting thing to come out of McIlroy’s presser. The three-time major winner gave us some insight into his career goals, why catching Jack was never a priority, and photos of the claret jug in the loo.

“It’s not something I ever thought about or dreamed of,” McIlroy said of catching Nicklaus’ 18 major titles. “The next number in my head is four — I’ve won three of them, I’d like to win my fourth and that’s it … just try and keep going like that, just one after the other. And if it adds up to whatever number it adds up to in my career, then that’s great. I don’t want to put that pressure on myself. I don’t want to put that burden of a number to try and attain.”

Many can’t believe the guy they think will catch Jack doesn’t care if he does or doesn’t. His rational for the feeling, however, seems wise beyond his years.

All of this talk is spurred on by the fact that McIlroy just claimed major No. 3 at this year’s Open Championship. Since that win, he’s been celebrating like you’d expect any 25-year-old to: by drinking and showing off the claret jug to his friends.

“I took [the claret jug] out Monday night in Belfast with all of my buddies,” McIlroy said. “We had a good time with it. Apart from that, yeah, it’s just been ‑‑ I’ve sort of been taking pictures of it sort of beside the TV and on top of the toilet and wherever it’s been. I’ve been taking a few photos. It’s been quite funny, sending them around to all my friends. It’s definitely nice to have it in my possession.”

Oh, the places the claret jug has been. The golf world needs to be thankful for Rory McIlroy. The young lad is such a breath of fresh air.

Other Hot Links:
– Does it Drive: Onyx Moonshine
– 5 Things You Need to Know: WGC-Bridgestone Invitational
– Dustin Johnson Withdraws To Spend Time With Paulina Gretzky?
– Someone Found President Obama’s Ball … In The Woods
– Trick Shot Tuesday: Juggling Acts & Field Goal Attempts
– Tiger Woods On His Son: ‘He Wants to Beat Me in Everything’
– Dream Vacation: Take a Cruise & Improve Your Golf Game