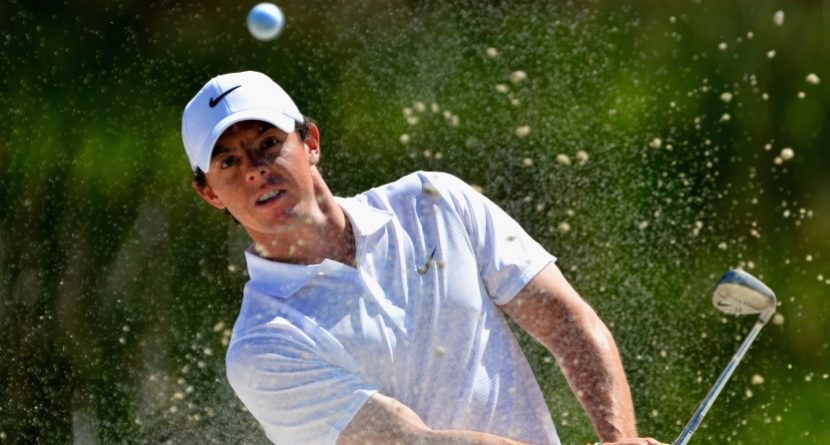 Three years ago at the Honda Classic, Rory McIlroy made the cut but couldn’t get under 71 all week. He tied for 70th, the worst finish of his PGA Tour season aside from the one week he did get cut.

In 2012 at the Honda Classic, McIlroy never shot worse than 69. That came in the final round and was good enough to keep him two shots in front of a hard-charging Tiger Woods, who carded a 62 for the lowest final round of his career. McIlroy’s victory gave him the world No. 1 ranking and was the first of four that year on the PGA Tour.

Last year at the Honda Classic, he opened with an even-par 70. McIlroy unraveled on Friday, though, walking off the course before he even made the turn; he was 7-over through eight holes. He blamed the pitiful performance on a bad mental state, and later, pain from a wisdom tooth.

“You should never walk off the golf course, no matter how bad things are,” McIlroy told reporters this week before the 2014 Honda Classic. “It was just one of those days, I just felt like I couldn’t cope with anything more, especially not the way I was heading; I was going to shoot 90, the last thing I needed.”

His Honda Classic roller coaster continued this year, but that means it was a good year. McIlroy opened with a 7-under 63 Thursday to take the early lead — a bogey-free round. He followed up with a 4-under 66 Friday to stay in front, an impressive feat after carding two bogeys in his first two holes.

He entered the clubhouse for his weekend holding a three-shot lead, a far cry from where he was a year ago after round two of the Honda Classic.

The lead would dwindle to one stroke by the end of the day after Brendon de Jonge shot a 64, but it increased to two after Saturday’s action. McIlroy carded just a 1-under 69 in the third round, but he didn’t falter as much as de Jonge (+6 on the day) and some others around him.

The two-shot edge after 54 holes, however, didn’t last. McIlroy’s stumble came on Sunday with five bogies and a double mixed in with three birdies for a 4-over-par round. Amazingly, he still made it into a four-man playoff, but ultimately lost to Russell Henley.

So McIlroy didn’t get his first PGA Tour win since the 2012 BMW Championship, but he got a lot closer than he’s been on the tour in awhile — thanks to the hit-or-miss Honda Classic.